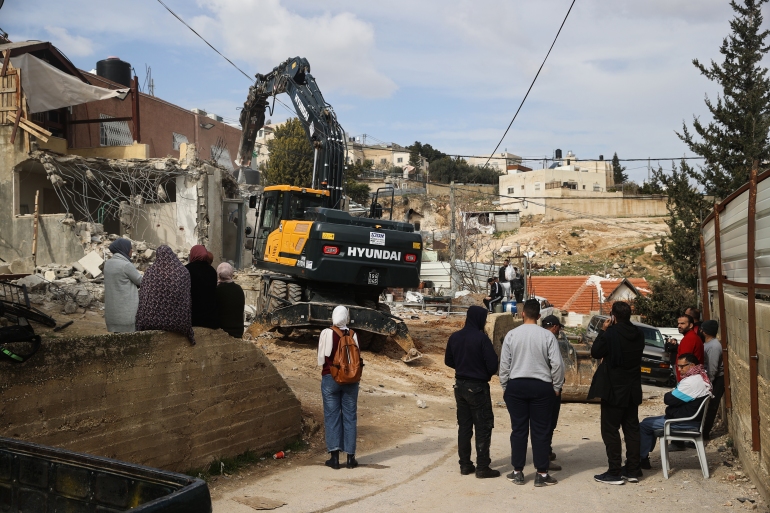 In January 2022, the Palestinian Shqeirat families were forced to demolish their own homes after an Israeli court decision. (File photo: Al Jazeera).

The Israeli municipality of West Jerusalem Thursday ordered a Palestinian family in Jabal al-Mukabber neighborhood of occupied East Jerusalem to demolish their home under the pretext it was built without a permit.

The house owner Mahmoud Shqeirat said that he received an order to self-demolish a small makeshift apartment he had built seven years ago next to his house for his son to live in after his marriage but that the municipality has ordered them to self-demolish it after fining them $6,000.

Palestinian news agency WAFA quoted Mahmoud as further stating that he tried several times to get a permit and paid tens of thousands of dollars for that but was in the end denied one and ordered to tear down the apartment.

Palestinians in East Jerusalem say they are forced to build without a permit since getting one from an Israeli municipality that discriminates against them is almost impossible.

At least 218 more Palestinian households, home to 970 people including 424 children, are facing forced evictions due to ongoing legal cases filed against them by Israeli settler groups in coordination with the government. Some 350,000 Palestinians currently live in Jerusalem, with 220,000 illegal Israeli settlers living in their midst.

Forcible displacement and transfer of a militarily-occupied population is a violation of international law and a war crime.