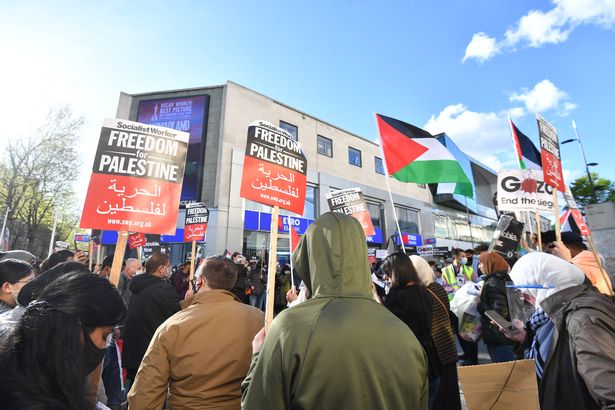 Territory that could become part of a Palestinian state, including the West Bank and Gaza, is currently occupied or effectively controlled by Israel. But United Nations resolutions say that Palestinians are entitled to create their own independent country. Israel also signed peace agreements in 1993 and 1995, called the Oslo Accords, which accepted the right of the Palestinians to create a state.

The House of Commons voted in 2014 to recognise Palestine. However, the UK government has refused to do so, arguing that it supports the creation of a Palestinian state but an independent state does not currently exist.

Speaking in Parliament, MP Mahmood argued that Israel and Palestine should both have the same status in order to make peace.

According to Birmingham Live news website, Mahmoud said: "Peace is always there for us to recognise, but we can only do that when we are able to sit down together at the same table with the same status as each other. That is what is important, and that is what we are talking about here."

He highlighted the Abraham accords, a series of peace treaties between Israel and nearby Arab countries: "Finally, I will make a point about the Abraham accords ... there is no threat from any Muslim country to Israel. Therefore, it is time now for us to recognise Palestine, to recognise our responsibility and to recognise what is important, and the most important thing we have to do today is to recognise that peace can be made only when we have two people of equal status sitting at the same table."

MP Byrne highlighted the measures taken by Israel to enforce the occupation, and the seizure of land belonging to Palestinians. He said: "I have stood in Palestine and seen how the route taken by Mary and Joseph to Bethlehem is now impossible to take, because it is broken up by walls. I have heard children talk about the post-traumatic stress disorder they now suffer. I have listened to shepherds whose lives have been destroyed because they have no legal right to build a home of their own. I have listened to farmers whose water has been stolen."

He also criticised Hamas, the Palestinian group that seized power in Gaza in 2007. "Like everybody here, I deplore the attacks on Israel. I deplore the viciousness and madness of the madmen of Hamas, but I have to say to the Minister that the two-state solution is now becoming a mirage and we have to intervene now in order to act. We have to act for peace and that is why we should recognise the state of Palestine today."