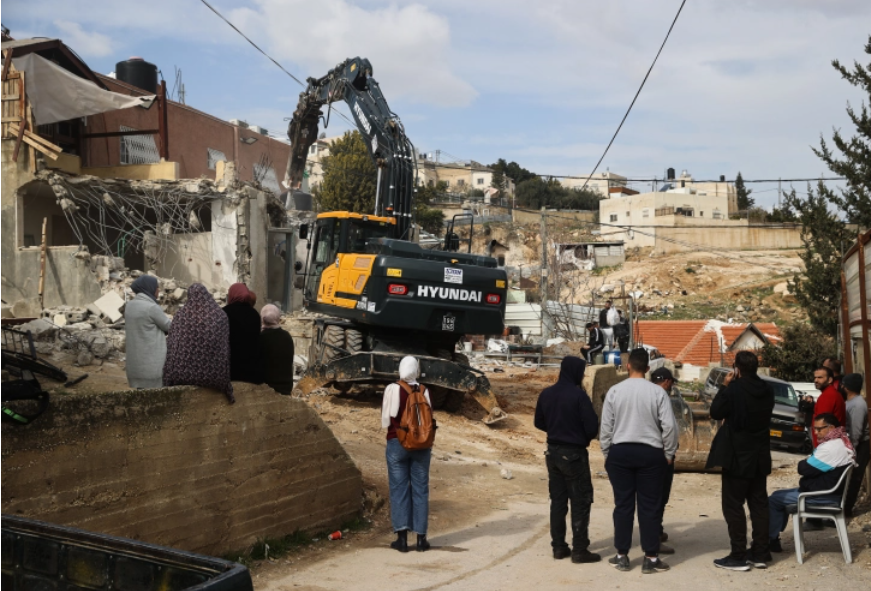 A Palestinian family were forced to demolish their own homes in Jerusalem. (File photo: Al Jazeera)

The Israeli municipality of Jerusalem ordered on Sunday the demolition of three Palestinian-owned commercial facilities in the occupied Jerusalem neighborhood of Jabal Al-Mukabbir, on the pretext of construction without a permit, according to local sources.

WAFA news agency said the Israeli municipality ordered the demolition of a grocery store, a bakery shop and a car-wash workshop belonging to the Palestinian family of Jaafreh.

Iyaad Jaafreh, the owner of the grocery store, said he was forced to offer a big sale to dispose of the current stock available at his premises before it is knocked down by Israeli bulldozers.

Jaafreh added that the Israeli municipality also notified them about its intention to take over a 3-dunum plot of land belonging to his family on the pretext of public interest.

Israeli occupation forces routinely carry out demolitions of Palestinian homes in occupied East Jerusalem under different legal pretexts, with one of the main ones being “building without a permit.” At least one-third of all Palestinian homes in Jerusalem lack a building permit, placing some 100,000 Palestinians at risk of forced displacement.

According to the UN, at least 218 more Palestinian households, home to 970 people including 424 children, are facing forced evictions due to ongoing legal cases filed against them by Israeli settler groups in coordination with the government. Some 350,000 Palestinians currently live in Jerusalem, with 220,000 illegal Israeli settlers living in their midst.