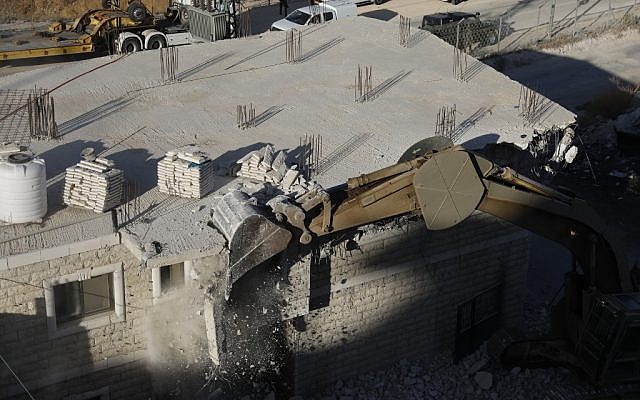 An Israeli police patrol escorted bulldozers to the main access road in Hizma town, where 10 commercial structures belonging to Palestinians were reduced to mounds of rubble.

The demolished facilities are sources of livelihood for 13 Palestinian families.

The structures were first demolished some two months ago purportedly for being built in an area under Israeli control.

At the same time, Israeli authorities demolished a commercial structure in the East Jerusalem neighborhood of Beit Hanina.

Israeli officers cordoned off the area, preventing news reporters from accessing it. They brutally assaulted members of the Kiswani family who attempted to prevent the demolition, and detained a member.