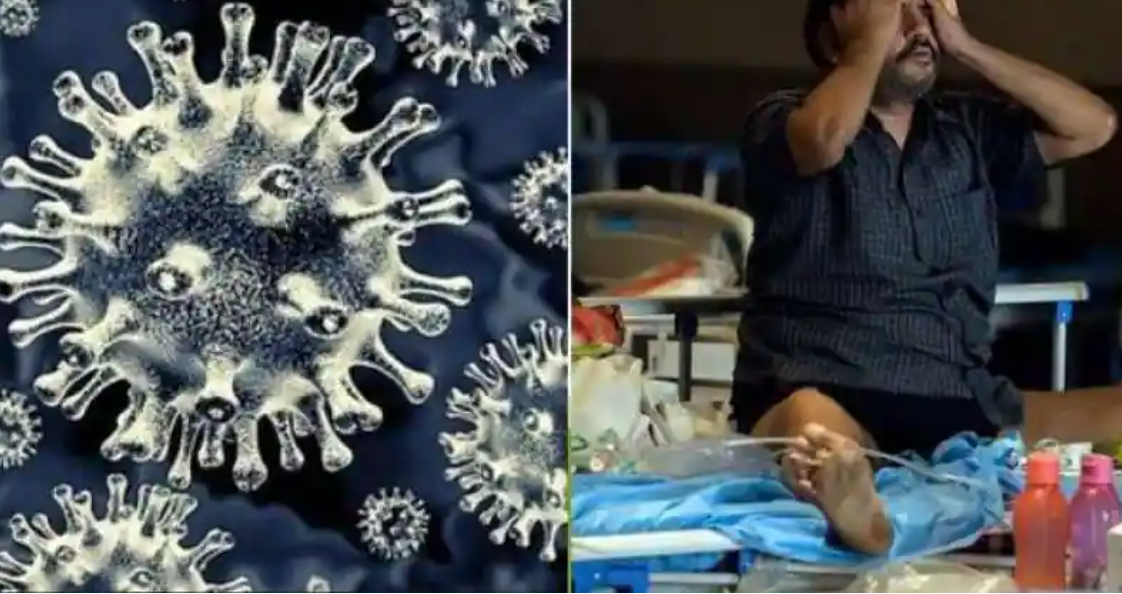 Mucormycosis, caused by a mucor mould commonly found in soils and decaying vegetables, infects the sinuses, the brain, and the lungs of immuno-compromised people. (Photo: Twitter) )

An elderly Palestinian woman sheltered in AlNeirab refugee camp, in the northern Syrian province of Aleppo, succumbed on Tuesday to a fungal infection she recently sustained.

Patients who have previously caught COVID-19 are particularly prone to this type of fungal infection.

Mucormycosis, also known as black fungus, is a serious fungal infection, usually in people who are immunocompromised. Symptoms depend on where in the body the infection occurs. It most commonly infects the nose, sinuses, eye, and brain resulting in a runny nose, one-sided facial swelling and pain, headache, fever, blurred vision, bulging or displacement of the eye (proptosis), and tissue death. Other forms of disease may infect the lungs, stomach, intestines, and skin.

It is spread by spores of molds of the order Mucorales, most often through inhalation, contaminated food, or contamination of open wounds. These fungi are common in soils, decomposing organic matter (such as rotting fruit and vegetables), and animal manure, but usually do not affect people. It is not transmitted between people.