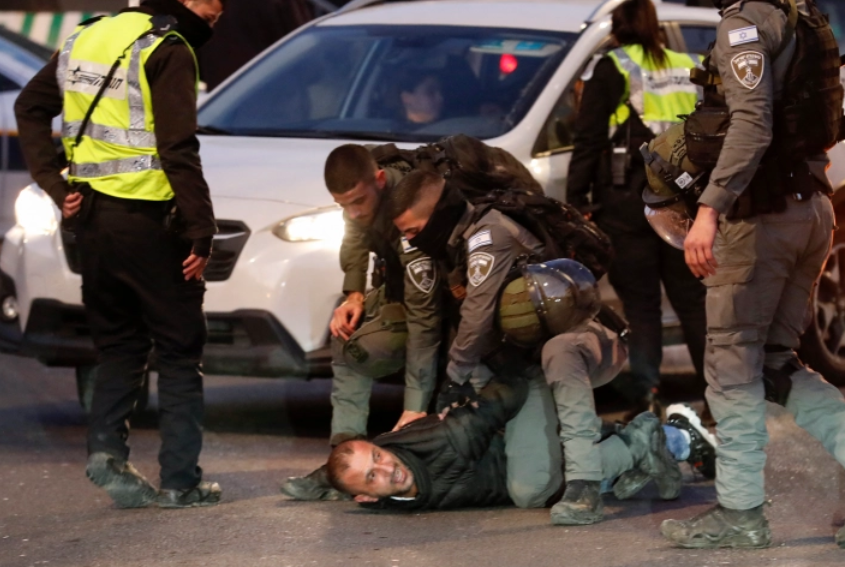 Israeli occupation forces arrested on Friday three Palestinians as they nonviolently spoke out against Israeli settler violence and forced evictions in the occupied Jerusalem neighborhood of Sheikh Jarrah.

Around 300 Palestinians, all of whom face the prospect of being evicted from their homes by Israeli authorities, live in the neighborhood.

Occupied by Israel in 1967, Sheikh Jarrah has been a significant flashpoint since May 2021, after Israel tried to expel Palestinian families from the area to make way for Israeli settlers.

This prompted widespread protests across the occupied West Bank and the Palestinian community inside Israel, as well as a large-scale Israeli military aggression on the besieged Gaza Strip.