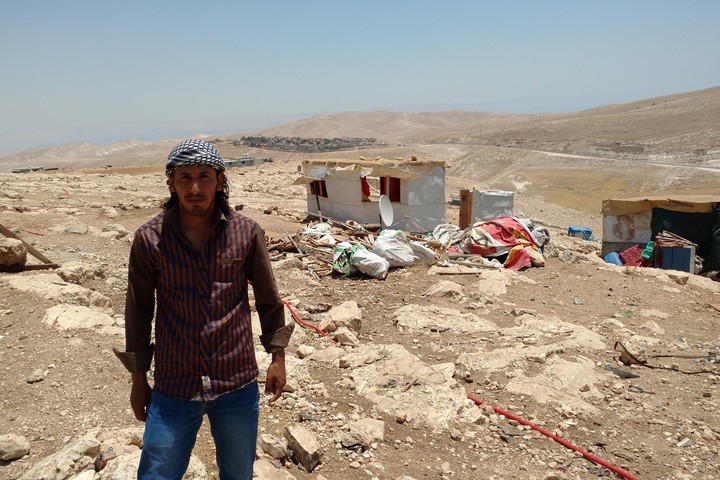 Harba Hamadin, a resident of the Bedouin community Abu Nawar, stands in front of the buildings demolished by Israeli authorities in his village, July 10, 2018. (Orly Noy)

The Israeli military government handed a Palestinian resident of Abu al-Nuwwar Bedouin community, east of Jerusalem, a demolition order for his family shelter, according to the community’s spokesman Daoud Jahalin.

Daoud told WAFA news agency that Ahmad Jahalin has received a final demolition order for the shelter where he lives with his wife and infant son in the community under the pretext it was built without a permit and was given seven days to either demolish it himself or be demolished by the army.

This is the second demolition order Ahmad Jahalin receives for his home. The first one was in October of last year.