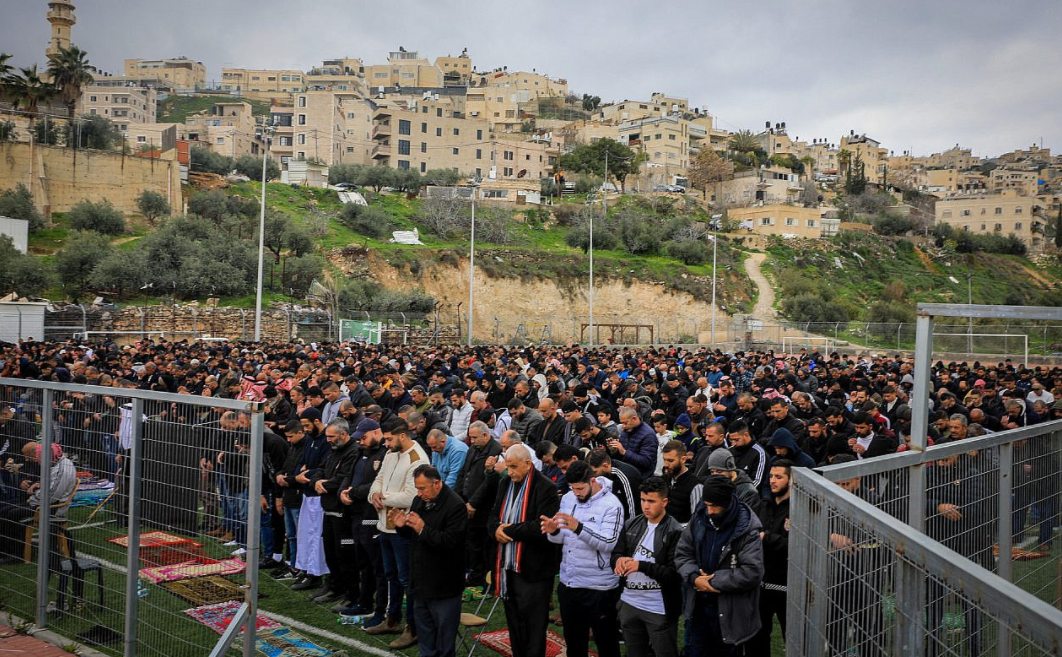 Palestinians perform Friday prayers as they protest against the demolition of houses by the Jerusalem municipality, Jabel Mukaber, Jerusalem, March 4, 2022. (Jamal Awad/Flash90)

Dozens of Palestinians held prayers outdoors on Friday in the neighborhood of Jabal al-Mukabir in occupied Jerusalem to shed light on their suffering under Israel’s policy of home demolition.

Palestinian news agency WAFA said the weekly Friday prayer was performed at the soccer playground of the neighborhood, and was attended by local Palestinian residents and activists from other areas who came to show their support.

Palestinians in the neighborhood observed a one-day general strike in protest of imminent home demolitions by the Israeli occupation authorities.

The strike on March 10 saw the closure of local shops and stores in the neighborhood, where the Israeli occupation authorities want to demolish as many as 800 Palestinian apartments.

Palestinians say while the Israeli municipality and government build thousands of homes for Israelis in illegal settlements built on appropriated Palestinian land, they deny them building permits, accusing the Israeli municipality of discriminating against them as part of a general policy to reduce the number of Palestinians in the occupied section of the city while multiplying its Jewish settlers to change the demographic balance and further control the occupied city by changing facts on the ground.

Last month, Amnesty International said in a report that Israel was carrying out “the crime of apartheid against Palestinians” and must be held accountable for treating them as “an inferior racial group”.