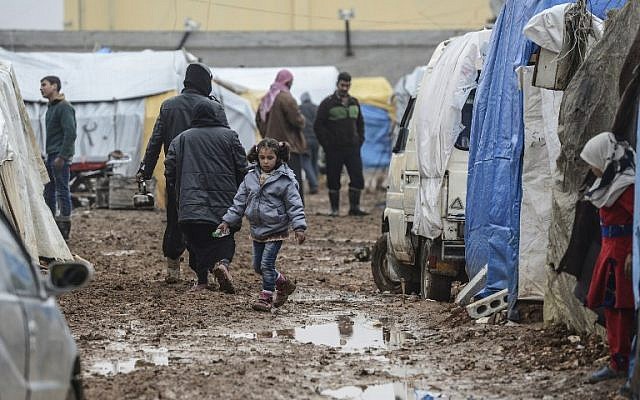 Palestinian refugees sheltered in northern Syria displacement camps have sent an open letter to the Palestine Liberation organization, the Palestinian embassy, political factions, and UNRWA to take up their responsibilities vis-à-vis the tragic situation they have been enduring in substandard camps established in the area.

In the letter, the displaced families said the humanitarian situation has been exacerbated by poverty, unemployment, and the absence of relief assistance.

Hundreds of Palestinian families have been struggling for survival in the poorly-equipped Deir Ballout and Muhammadiya camps, among other camps, after they were forced out of Yarmouk and southern Damascus towns.

For many displaced Palestinian refugees, the perils of coronavirus add to the torment already experienced throughout the conflict.

Eleven years after demonstrations started in Syria, some 438,000 Palestinian refugees remain in the war-torn country, where they have been grappling with an abject humanitarian situation.

UNRWA data indicates that over half of the Palestine refugees in the country have been displaced at least once because of the brutal conflict that ensued, including 120,000 who have sought safety in neighbouring countries, mainly Lebanon and Jordan, and beyond;

Over 80% of PRS live in extreme poverty and rely on humanitarian assistance as their main source of income. 86% of PRS households are reported to be in debt.