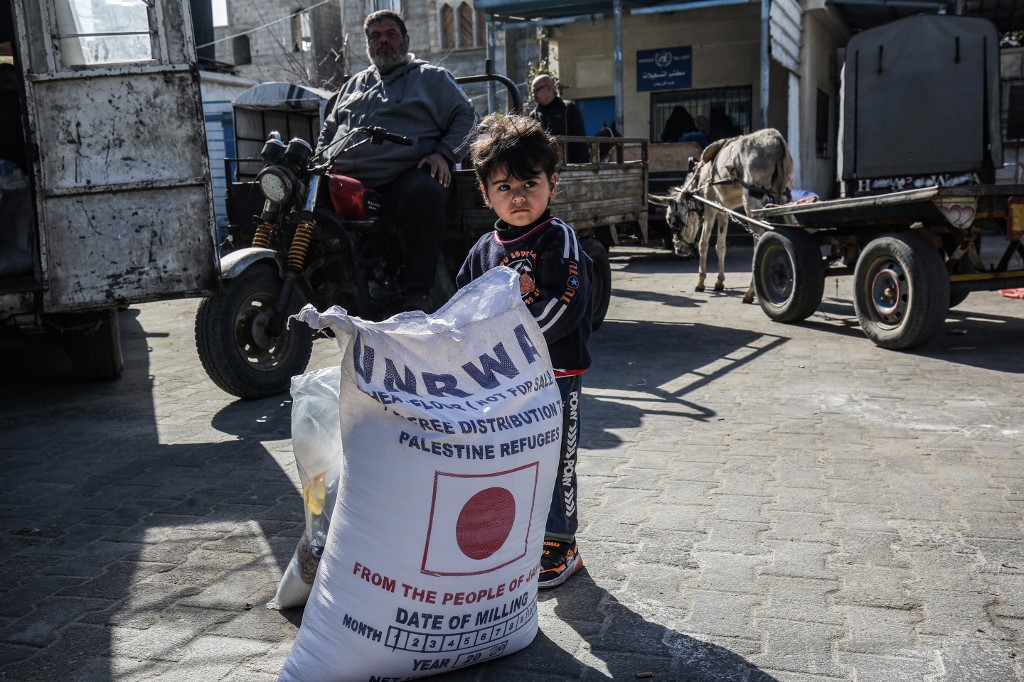 In this photo taken on February 2, 2020, a child stands next to a sack of flour as people come to receive food aid from a United Nations Relief and Works Agency (UNRWA) distribution center in Khan Younis in the Gaza Strip. (SAID KHATIB / AFP)

The UN Relief and Works Agency for Palestine Refugees in the Near East (UNRWA) is facing a worsening financial plight amid the crisis between Russia and Ukraine, a senior official said on Sunday.

Media advisor for UNRWA in Gaza Adnan Abu Hasna told Xinhua news agency that some donor countries asked the UN agency "not to expect even half of the donations and grants they provided to UNRWA in 2021," while "others informed they would postpone the date of their donations."

"This coincides with the global rise in food, fuel and transportation costs," he noted.

"UNRWA is making great efforts with many European countries to ensure that the services provided to the agency are not affected, and to emphasize the importance of these services until a solution to the Palestinian refugee issue is found," the UN official added.

The UNRWA, which was established as a humanitarian agency in 1949, is fully funded through voluntary contributions and grants from donor countries.

The agency was mandated to provide assistance and protection for about 5.6 million Palestinian refugees registered in the West Bank, Gaza Strip, and refugee camps in Lebanon, Syria, and Jordan.