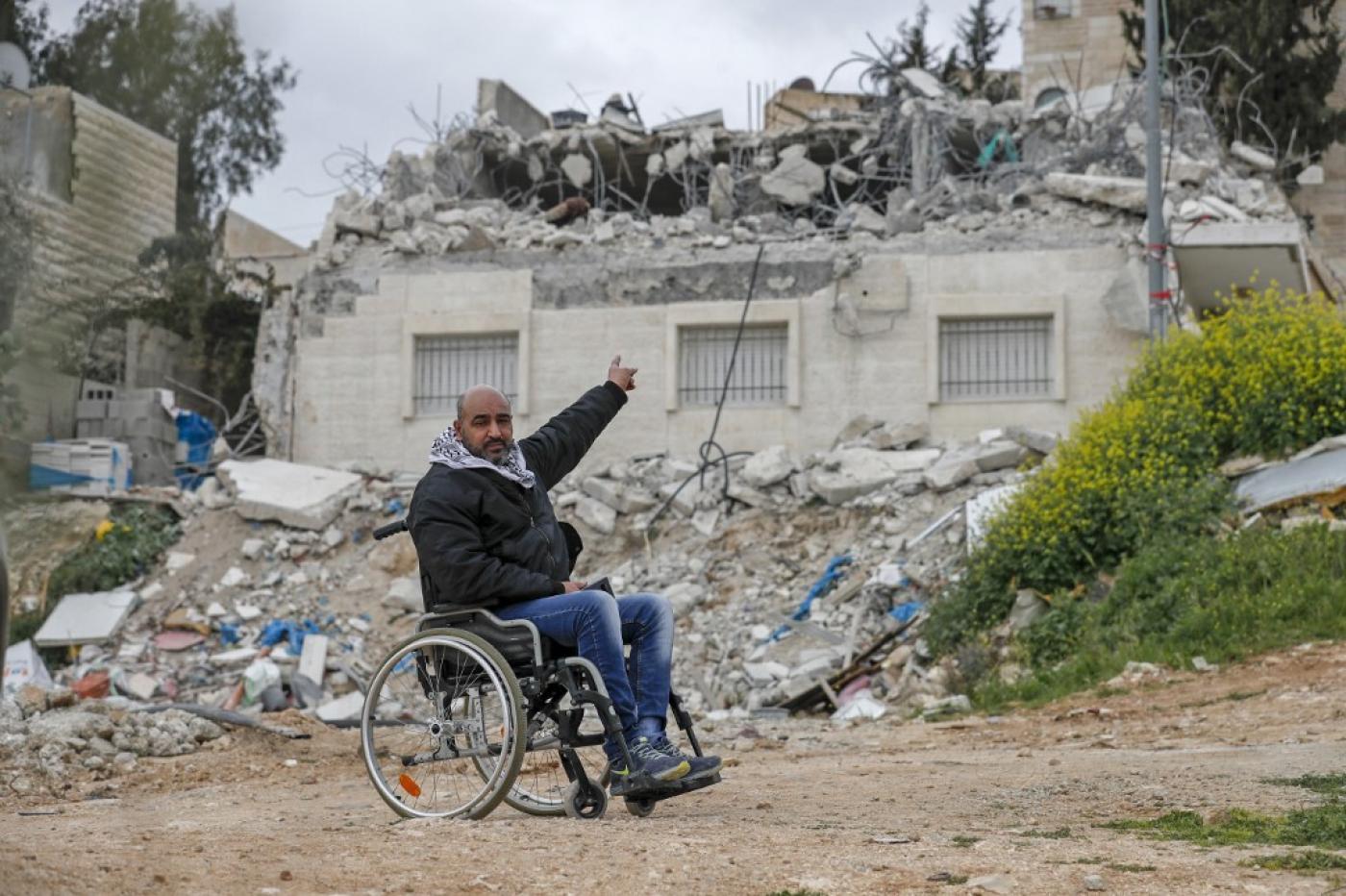 Palestinian Hatem Hussein Abu Rayaleh points at his house which was demolished again by Israeli forces in the East Jerusalem neighbourhood of Issawiya, 1 March 2021 (AFP)

The Israeli occupation authorities on Tuesday threatened to demolish a Palestinian family house and other structures in the East Jerusalem neighborhood of Issawiya, local sources reported.

Activist Mohammad Abu al-Hummus was quoted by WAFA news agency as saying that Israeli police barged their way into the neighborhood and handed Fadi Elyyan a notice to tear down his house in addition to a canopy and a horse stable belonging to the Elayyan family.

The heavily-armed police officers took photos of the structures in preparation of the planned demolition.

For the residents of Issawiyeh, a Palestinian village of some 20,000, Israeli police vehicles have become an everyday reality on the neighborhood streets, while police drones fly above – surveilling each move of the neighborhood’s residents.

Nestled in the hills of East Jerusalem, the village is plagued by poor infrastructure. Residents are constantly harassed by the Israeli police and anyone, including children, run the risk of arbitrary arrest.

With over 70 percent of Palestinian families in occupied East Jerusalem living below the poverty line, if life becomes too expensive, they have little choice but to move to congested Jerusalem neighborhoods on the other side of Israel’s separation wall or into the West Bank.

After Israel occupied East Jerusalem in 1967, Palestinians were not given Israeli citizenship, but were instead issued permanent residency permits, which can be revoked by Israel for a variety of reasons, including insufficient loyalty to the State of Israel.