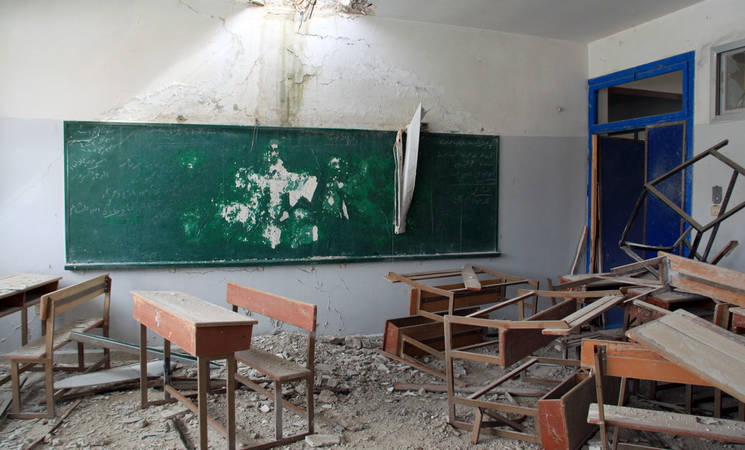 The Education Department of the United Nations Relief and Works Agency for Palestine Refugees in the Near East (UNRWA) announced the launch of registration procedures for 1st year Palestinian schoolchildren.

According to UNRWA, enrollment procedures for the academic year 2022/2023 will be based on guidelines set by the Syrian Education Ministry.

In order to be successfully enrolled at a UNRWA school, the student should be a Palestinian refugee in Syria registered with UNRWA and the General Authority for Palestinian Arab Refugees (GAPAR).

Descendants of registered refugee women known as ‘married to non-refugee’ (MNR) family members are also eligible to be registered at UNRWA schools after a family file proving the mother’s Palestinian citizenship and family name is presented.

Non-registered students will only be admitted after a refugee registration card is presented along with the aforementioned documents. Eligible candidates are born in 2015-2016 or in January 2017.

Upon more than one occasion, UNRWA has raised alarm bells over the striking upsurge in the rate of school dropouts among the Palestinians of Syria, several among whom left schools to help feeding their impoverished families in unemployment-stricken refugee camps.

Extreme poverty, child labor, early marriage, and enforced disappearance are among the factors that have led to an increase in school dropouts among Palestinian refugees in/from Syria.

Several UNRWA facilities were destroyed in the Syrian warfare and others have gone out of operation, including two clinics, a vocational training center, a youth development center, and 28 schools, out of 112 UNRWA schools in Syria. Other education facilities have been turned into prisons or field hospitals, imperiling Palestinians’ academic careers.