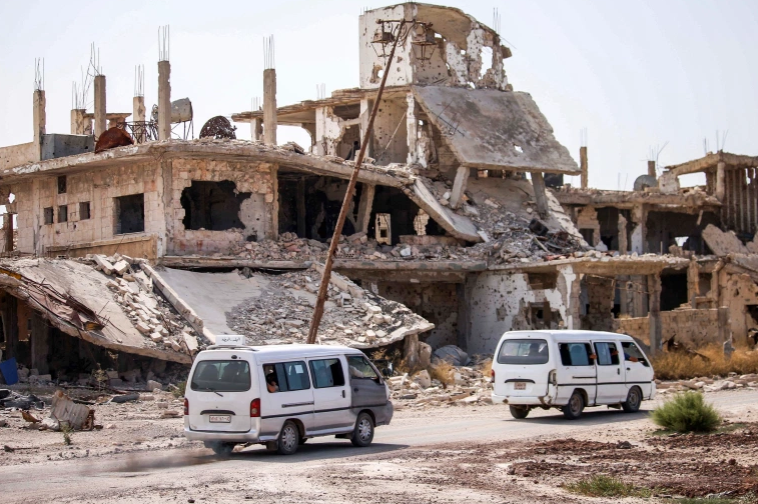 The UN Relief and Works Agency for Palestine Refugees in the Near East (UNRWA) condemned an attack on its health centre in Deraa Camp for Palestinian refugees, south of Syria.

UNRWA said in a press release issued on Thursday that early on 9 April 2022, two individuals on a motorbike opened fire on the UNRWA health centre in Deraa camp, Syria and threw an explosive device inside the compound, causing minor material damage.

No injuries or fatalities were sustained during the incident.

The health centre - that had been damaged in 2013 during the conflict - was under rehabilitation at the time of the incident.

UNRWA condemned this direct attack on one of its installations in the strongest terms, saying United Nations’ premises are neutral and protected under international law.

“UNRWA implements a strict no-weapons policy in all its installations as part of the Agency's efforts to ensure they are only used for humanitarian purposes”, said the Agency. “UNRWA is progressively rehabilitating various installations in Deraa camp, including the health centre, to ensure vulnerable Palestine refugees can access the services easily.”

The Agency demanded full respect of the inviolability and neutrality of United Nations premises at all times. “Any action that puts beneficiaries or UNRWA staff at risk or undermines the ability of the Agency to provide assistance to Palestine refugees in safety and security is not acceptable.”

UNRWA reiterated its previous call that all parties must protect civilians and safeguard civilian infrastructure, including UNRWA installations in the Deraa Governorate.