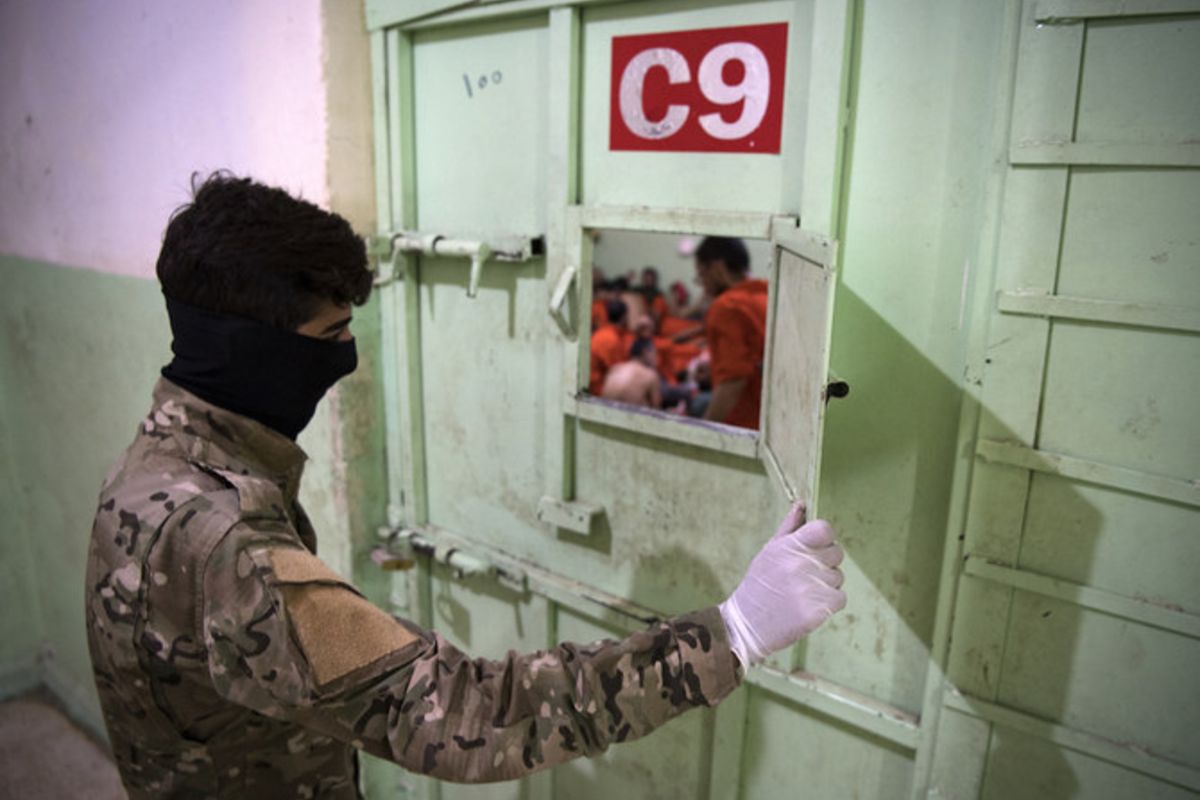 Over recent days, prisoners families, including Palestinian refugees, continue to assemble in the "President's Bridge" area, awaiting the arrival of buses carrying people who have been held for years in Syria’s infamous prisons, many for participating in the 2011 protests against President Bashar AlAssad.

Other families have gathered for days in Sednaya, north of Damascus, which is home to Syria's largest and most notorious military prison.

Palestinian refugee families expressed fear that their relatives would not be released in the amnesty, saying they have suspicions as to how sincere the Syrian regime could be.

A Palestinian women lying on the ground in the "President's Bridge" area, in the Syrian capital, Damascus, told the Action Group for Palestinians of Syria (AGPS): “I have not returned home for days. I’ve been there from the moment the amnesty entered into effect wishing that my eyes would stumble upon my son whom I have not met for the fourth year”.

The son of another forcibly-disappeared Palestinian refugee said: “We haven’t seen a moment’s rest for days. My family and I continue to go far and wide across Damascus to find our father who has gone missing since 2015.”

On Saturday, AlAssad issued a decree giving a general amnesty to people convicted on terrorism charges before 30 April 2022. The amnesty excludes acts that have led to killings or kidnappings, and those against whom there are civil personal claims.

Nizar Sedkni, deputy justice minister, said the amnesty included those convicted of various crimes, including being involved in or financing a “terror group”, a term often used for opposition groups.

Justice Minister Ahmed AlSayed described the amnesty as a comprehensive national reconciliation, telling the state-operated AlWatan newspaper that it was contributing to the return of thousands of refugees.

The releases come after the Guardian revealed last week that in 2013 military security agents executed about 42 people by pushing them into a hole, shooting them and then burning them.

Thousands of Syrians were discovered killed under torture when a defector leaked nearly 50,000 photographs in 2014, showing the bodies of some 7,000 detainees mutilated by torture.

Over 1,700 Palestinian refugees are believed to be languishing in Syria’s prisons, many of them have spent nearly a decade in prison while scores of others died under torture behind prison bars.