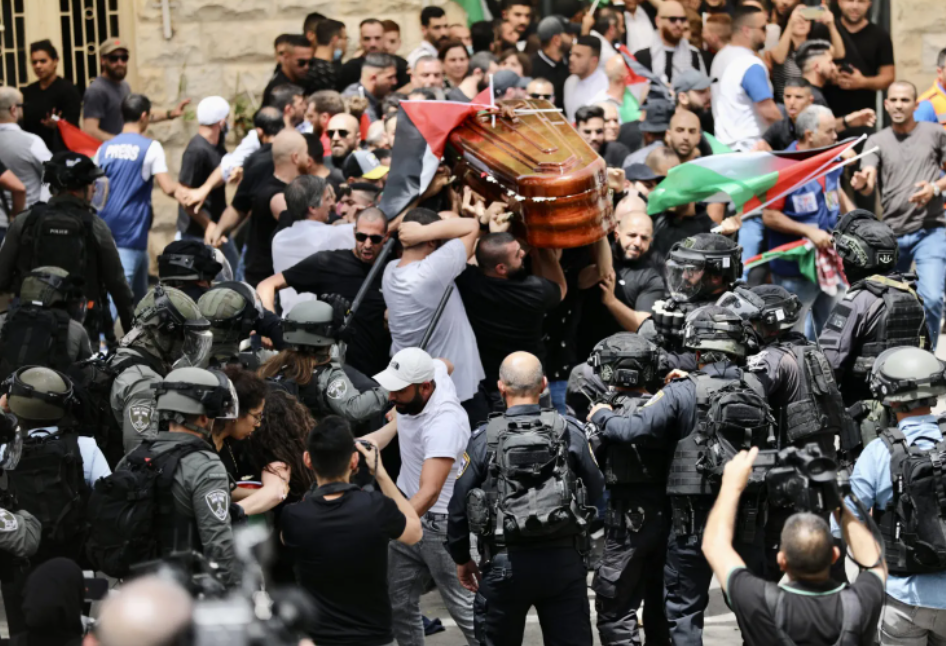 The European Union’s High Representative Josep Borrell on Friday expressed the EU’s deep sock by Israel’s use of force against mourners in the funeral of iconic Palestinian journalist Shireen Abu Akleh, assassinated by Israeli soldiers on Wednesday.

“The European Union is appalled by the scenes unfolding on Friday during the funeral procession of the American-Palestinian journalist Shireen Abu Akleh in occupied East Jerusalem,” said Borrell in a statement.

“The EU condemns the disproportionate use of force and the disrespectful behavior by the Israeli police against the participants of the mourning procession”, she said. “Allowing for a peaceful farewell and letting mourners grieve in peace without harassment and humiliation, is the minimal human respect.”

The EU reiterated its call for a thorough and independent investigation that clarifies all the circumstances of Shireen Abu Akleh’s death that brings those responsible for her killing to justice.