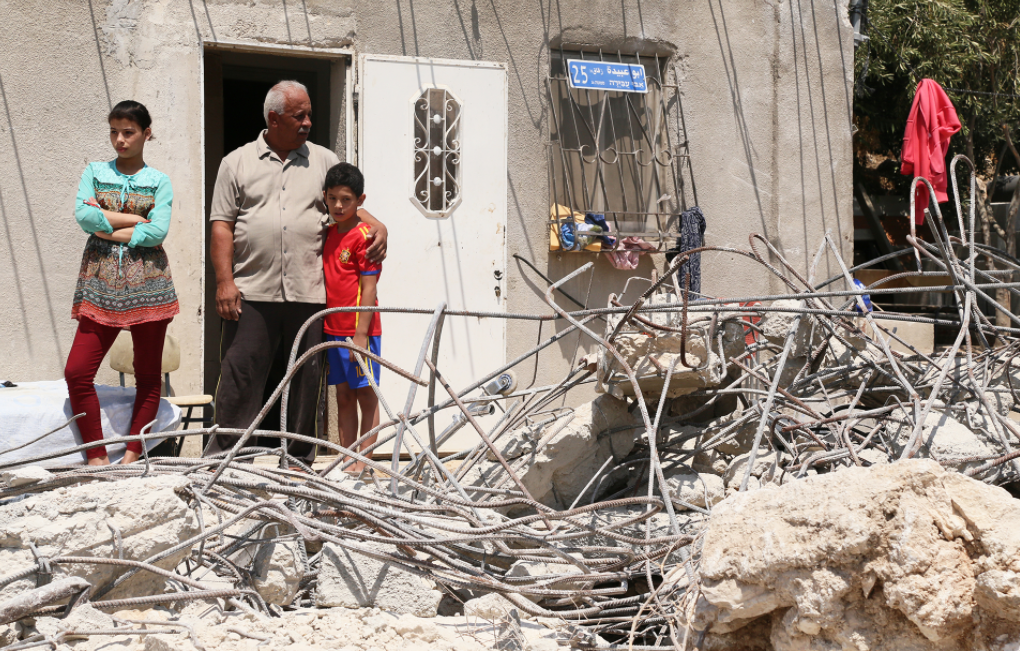 The Israeli municipality of West Jerusalem forced a Palestinian resident of occupied East Jerusalem to demolish his own home under the pretext it was built without a permit.

Palestinian news agency WAFA said that Faraj Dabash embarked on Saturday on demolishing his home in Sur Baher neighborhood, south of Jerusalem, after he received a demolition order to avoid paying high costs that will be imposed by the municipality if it carries out the demolition itself.

Dabash told WAFA that he built a second floor over the family home to house his family, composed of his wife and three children, the oldest is 11 years old, but the Israeli municipality had issued a demolition order against it for construction without a permit, which now leaves him and his family homeless.

Palestinians say they are forced to build without a permit because getting one from a municipality that discriminates against them is almost impossible.