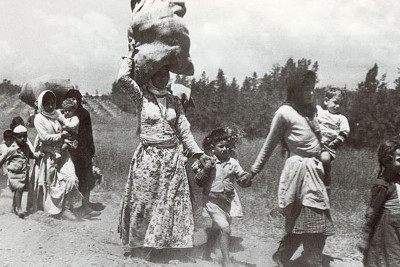 May 15 this year marks the 74th anniversary of the Nakba, the day on which tens of thousands of civilians were forced out of their homes during the war that led to the creation of the self-proclaimed State of Israel in 1948.

This year, the Nakba Day comes at a time where many are angered by the killing of prominent Al Jazeera veteran journalist Shireen Abu Akleh.

Zionist forces had taken more than 78 percent of historic Palestine, ethnically cleansed and destroyed about 530 villages and cities, and killed about 15,000 Palestinians in a series of mass atrocities, including more than 70 massacres.

The word “Nakba” means “catastrophe” in Arabic, and refers to the systematic ethnic cleansing of two-thirds of the Palestinian population at the time by Zionist paramilitaries between 1947-1949 and the near-total destruction of Palestinian society.

For many Palestinians, the Nakba is the first chapter in a process of land grab and dispossession that began in 1948.

The United Nations and all members of the international community should live up to their responsibilities regarding the Palestinian cause and speak up for Palestinians inalienable rights, most notably their right to establish an independent Palestinian State with Jerusalem as its eternal capital and the refugees’ right to return to their homeland.