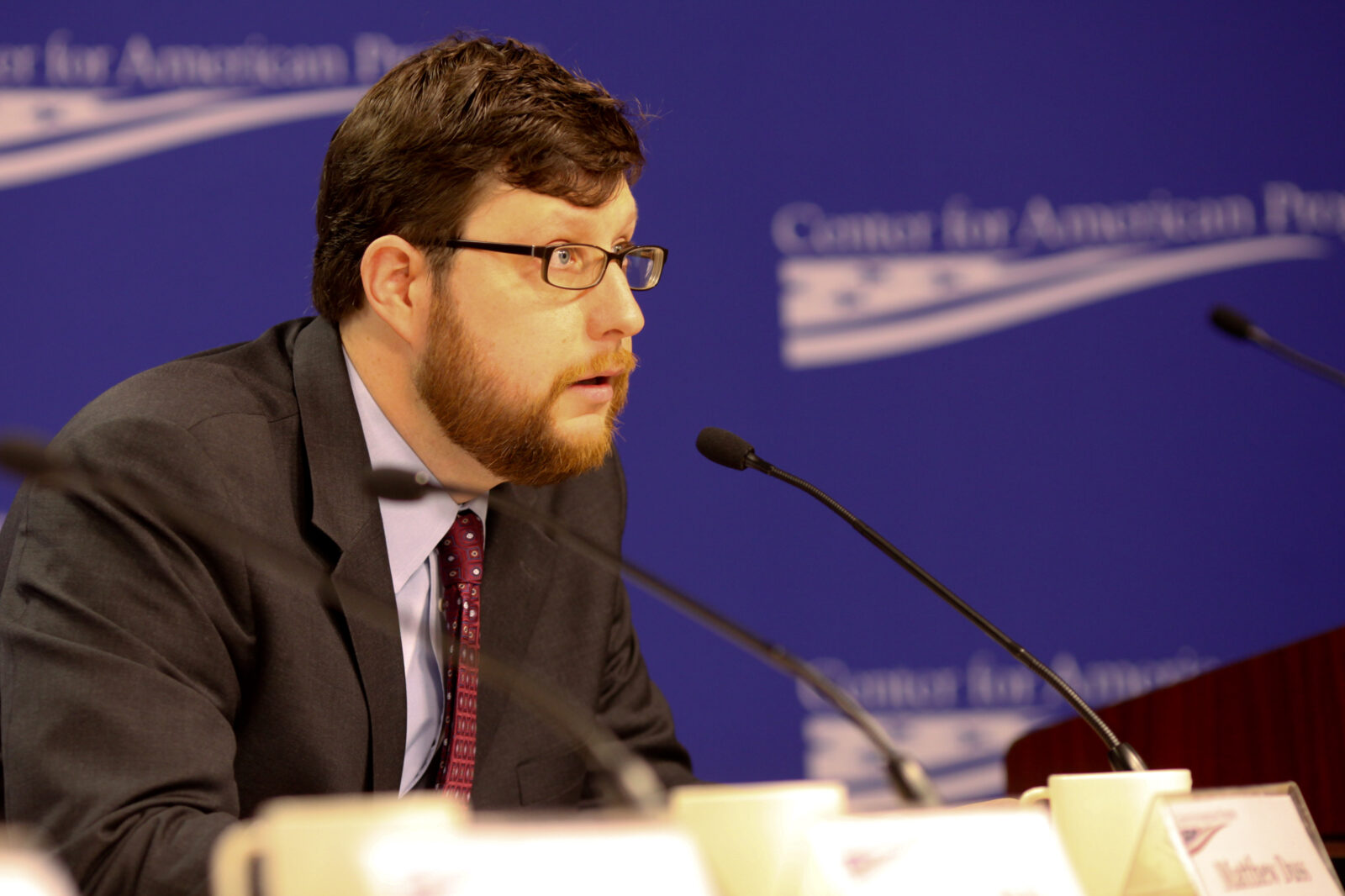 Matt Duss speaks during a panel discussion in 2010.

Israel’s rejection of the Palestinian “right of return” is the same as the “great replacement theory,” US Senator Bernie Sanders’s foreign policy adviser, Matt Duss, and several American commentators said on Monday.

“In the Israeli-Palestinian context, the great replacement theory is expressed as opposition to the Palestinian right of return, which treats Palestinians as a ‘demographic threat,’” said Duss. “US leaders condemn the former while constantly declaring support for the latter.”

“It’s fine and appropriate to discuss the historical context for Israel’s restrictive immigration policies, which is different from the US”, he said.

Duss added that proponents of Israel’s position “should understand, though, that treating a disfavored minority as a ‘demographic threat’ is an approach shared by ethno-nationalist movements.”