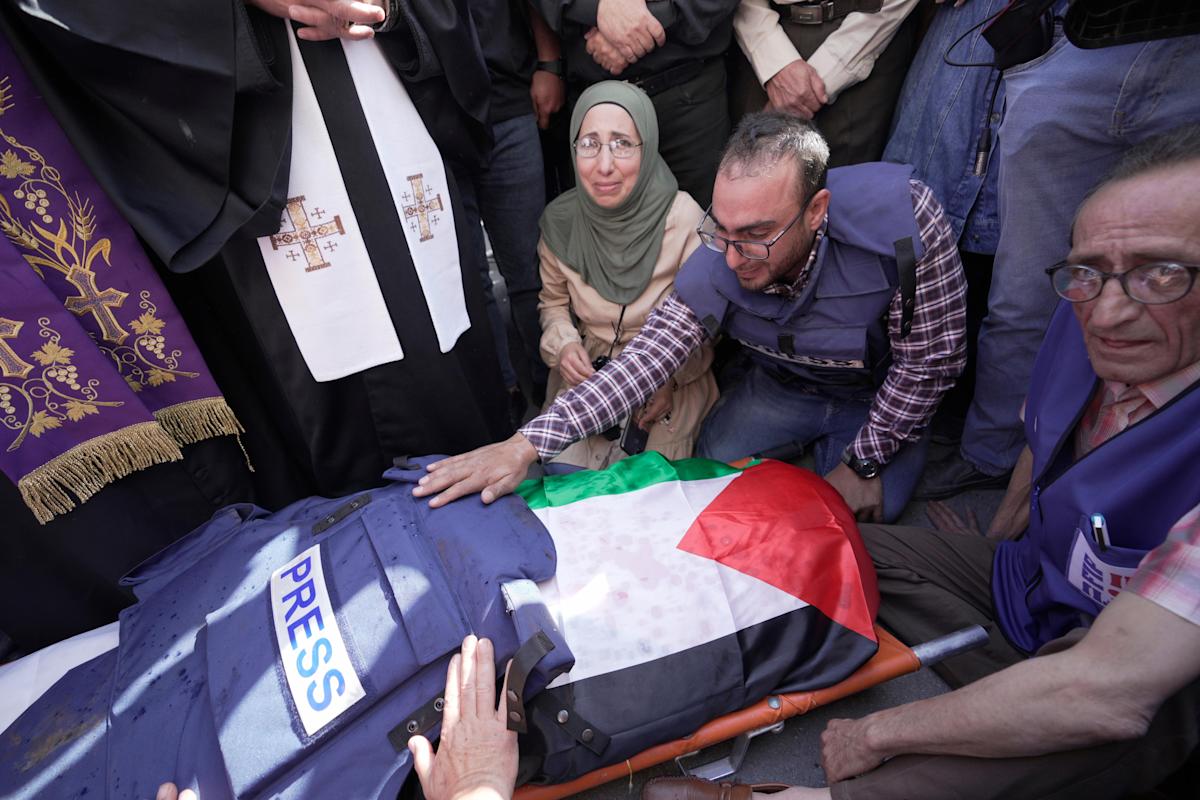 Based on the Public Prosecution’s report on the killing of Shireen Abu Akleh, it was established that the veteran Al Jazeera journalist was killed by an armor-piercing projectile fired directly at her head by an Israeli sniper, Palestinian Attorney General Akram Al-Khatib said on Thursday.

Speaking at a press conference at the presidential headquarters in Ramallah, Al-Khatib said that according to the report, it was established that an Israeli sniper directly fired a bullet at Abu Akleh’s head while she was trying to escape, although she was wearing a helmet and a vest that was clearly marked with the word “PRESS”. He said other journalists who were accompanying her were also deliberately targeted by gunfire.

Quoted by Palestinian news agency WAFA, AlKhatib added that the bullet that killed Abu Akleh is a 5.56 mm round with a steel component used by NATO forces. The Palestinian Authority will not hand the bullet over to Israel. The bullet was fired from 170-200 meters away by a sniper with a clear line of sight. It had general and specific markings that match a Mini Ruger semi-automatic sniper weapon.

He pointed out that the remains of the gunfire available at Abu Akleh’s murder scene support the fact that the journalist was killed with premeditation, especially that the Israeli soldiers fired at anyone who tried to reach Abu Akleh to help her.

AlKhatib said the facts on the ground confirm the absence of any armed clashes at the time when the crime occurred, stressing that the investigation carried out by the Public Prosecution will be the cornerstone in the prosecution of the Israeli killers. “The only source of firing was by the occupation forces with the aim to kill,” he said.

According AlKhatib, an autopsy and forensic examination conducted in Nablus after Abu Akleh’s death showed she was shot from the back, indicating that she was attempting to flee as Israeli forces continued to fire towards the group of journalists.

Aside from Abu Akleh, another Al Jazeera journalist, Ali AlSamoudi, was also wounded by a bullet to the back at the scene. He is now in a stable condition.

“Ali Samoudi was hit by a bullet in his back, and the Israeli occupation forces continued their attack on the journalists, who tried to escape and leave,” AlKhatib said.

The findings of the probe came days after the Palestinian Foreign Ministry announced it had formally asked the International Criminal Court (ICC) to investigate Abu Akleh’s killing.