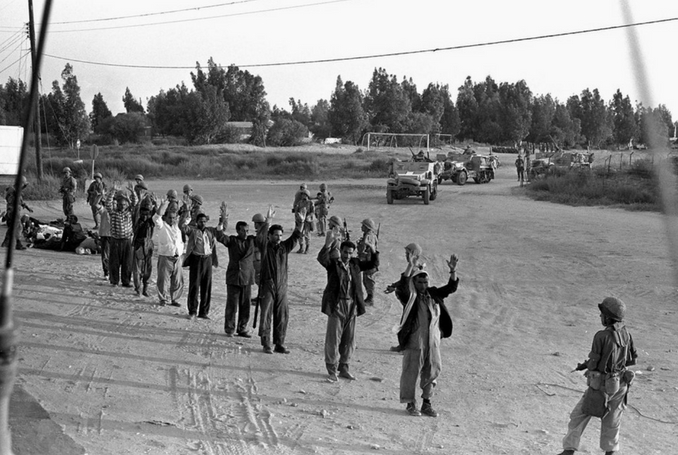 The term ‘Naksa,’ or the ‘setback,’ refers to the beginning of the 1967 Six Day War on June 5, which led to the displacement of nearly 400 thousand Palestinians, adding to the hundreds of thousands of refugees displaced in 1948.

More than 50 years ago, the state of Israel shocked the world when it seized the remaining Palestinian territories of the West Bank, East Jerusalem, Gaza Strip, as well as the Syrian Golan Heights and the Egyptian Sinai Peninsula, in a matter of six days.

The Naksa was a continuation of a prior central event that paved the way for the 1967 war. Nineteen years earlier, in 1948, the state of Israel came into being in a violent process that entailed the ethnic cleansing of Palestine.

The 1948 war ended with Israeli forces controlling approximately 78 percent of historical Palestine. The remaining 22 percent fell under the administration of Egypt and Jordan.

Palestinians in the “occupied Palestinian territories” have since been subjected to a brutal Israeli military occupation as well as the activities of armed, right-wing Jewish settlers.