Palestinians Protesting Israeli Grab of Their Lands Attacked by Soldiers 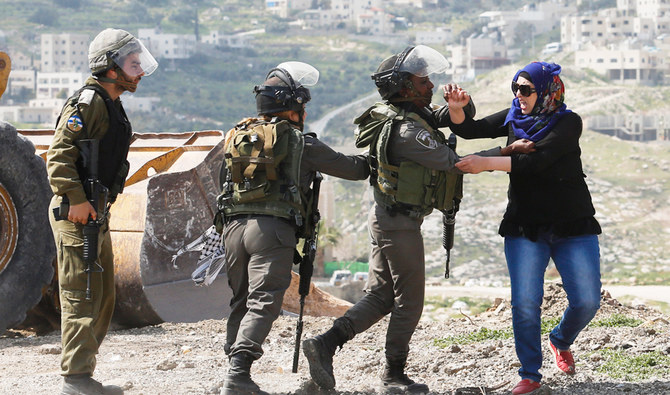 A Palestinian woman scuffles with Israeli border policemen as they clear a protest on land confiscated by Israel for Jewish settlements, near the West Bank town of Abu Dis. (File photo: AP)

Israeli occupation forces attacked on Saturday a group of Palestinians protesting Israeli attempt to grab hold of 600 dunums of their land in the southern West Bank town of Tarqumiya.

Local sources said Israeli settlers stormed Palestinian lands and attempted to take it over as farmers and landowners were working on them.

The farmers were attacked by Israeli soldiers who showed up on the land to escort the settlers.

Israel is seeking to grab 600 dunums of the targeted land claiming it as “state land” in an attempt to expand nearby illegal settlements.