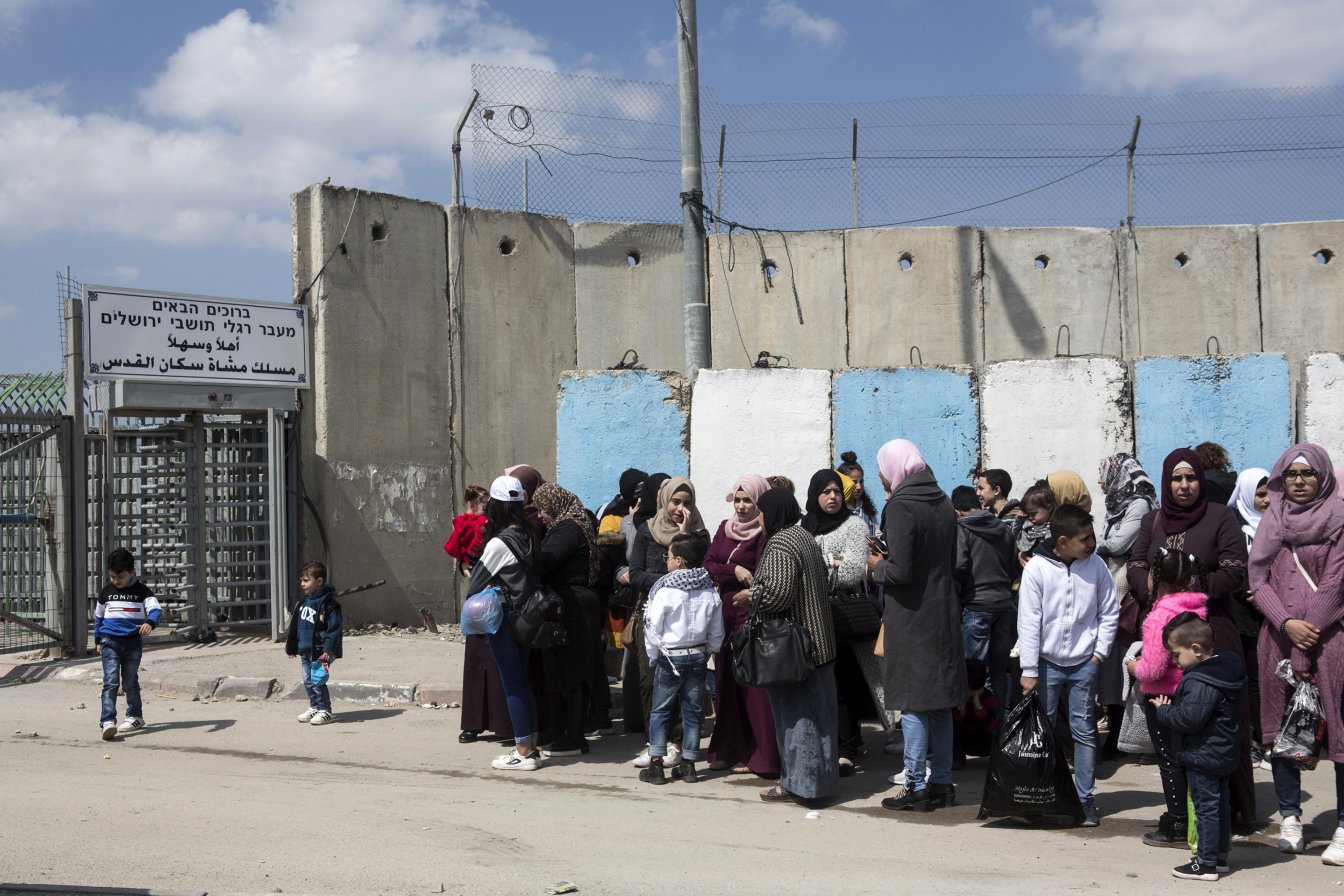 Palestinians lining up near Israel’s separation wall. (Photo via PAX)

Fifty-one percent of the Dutch think there is apartheid in Israel and the occupied Palestinian territories, according to the findings of a Dutch survey carried out by I&O Research for the peace organization PAX.

PAX said in a press release issued on Monday that only six percent disagree. The research shows that most Dutch people hold Israel and Hamas responsible for the persistence of the conflict, are opposed to the construction and expansion of illegal Israeli settlements and expect the Dutch government to take action accordingly.

“This picture of how Dutch people view the situation in Israel and the occupied Palestinian territories has never been given before. Although many people only have limited knowledge of the situation, the results are striking as they show a huge gap between the Dutch government’s policy and the opinions of a cross-section of the Dutch population. According to the survey, the Dutch want the government to take a firmer stance on human rights abuses,” said Anna Timmerman, the General Director of PAX.

The results of the survey show that half the Dutch population (51 percent) feel there is apartheid in Israel and the occupied Palestinian territories, while six percent think that is not the case. A larger proportion, 61 percent, hold Israel entirely or mainly responsible for the fact that the conflict has persisted.  Sixty percent also see Hamas as one of the parties responsible for this.

“A notable finding is that young people in particular tend to see Israel as responsible, more so than Hamas and the Palestinian Authority”, said Anna Timmerman.

Most people think Israel should stop building and expanding settlements: 56 percent agree with this statement and only 6 percent disagree.

In addition to views on responsibility and apartheid, respondents were also asked for their opinion of the Dutch government’s policy on Israel and Palestine. This showed that many Dutch people want the government to change its position: majorities (54 percent and 57 percent) want the government to take a firmer stance on human rights abuses by Israel and by Hamas respectively. Only small proportions (11 percent and 8 percent) disagree.

Furthermore, 38 percent of Dutch people think the government should impose sanctions on Israel if it continues to build and expand settlements — a percentage that increases to 44 percent when it is pointed out that the settlements are illegal under international law. Eighteen percent disagree.

Finally, 40 percent of Dutch people feel the Netherlands should stop collaborating with Israeli weapons manufacturers, while 15 percent disagree with this statement.

The results show that the government’s policy seems to be lagging behind the views of the Dutch people. Half of all Dutch people, for example, think there is apartheid and want the government to do more to prevent human rights abuses and illegal settlements in the area. Given these results, PAX called on the Dutch government to take more action and update its position.