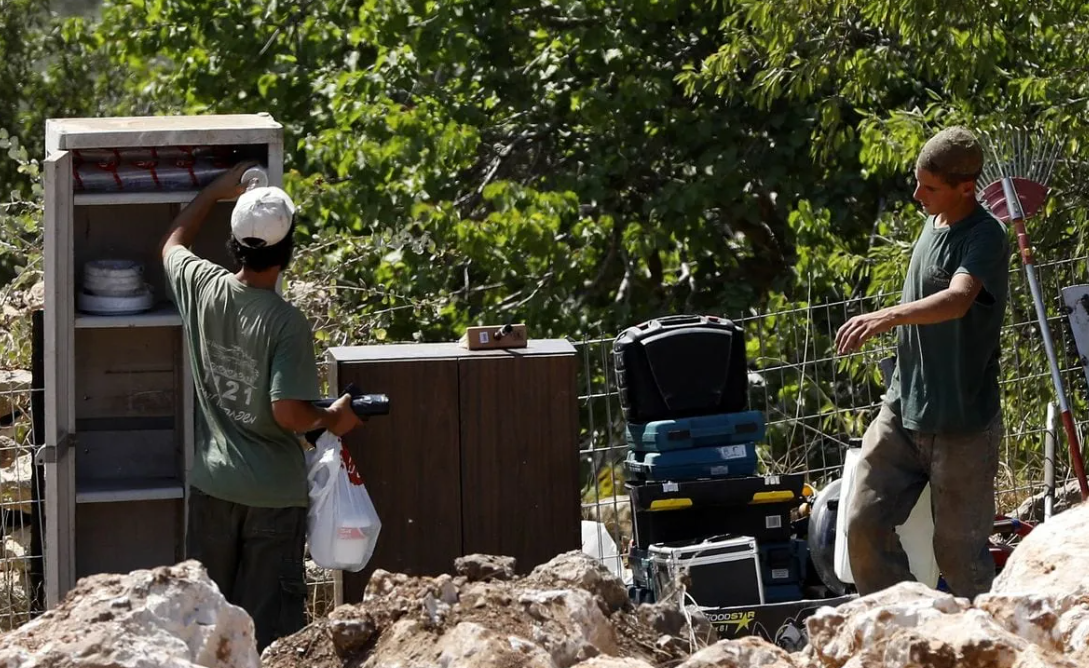 Israeli settlers surround an agricultural field of Palestinians' after seizing it to start an illegal construction at Beit Jala neighborhood in Bethlehem, West Bank on 3 September 2019. (Photo: Anadolu Agency)

The Israeli occupation authorities on Tuesday ordered four Palestinian siblings to evict their land in the village of Wadi Fukin, to the west of the southern West Bank city of Bethlehem, according to local sources.

Activist Qais Manasra told Palestinian news agency WAFA that Israeli forces handed the four siblings from al-Hroub family orders to evict their 10 dunums of agricultural land, planted with olive trees, under the pretext the land is a “state land”.

Israeli forces have recently escalated their aggressions and human rights abuses against residents in the village of Wadi Fukin. Dozens of eviction orders along with demolition and stop construction notices have been issued.