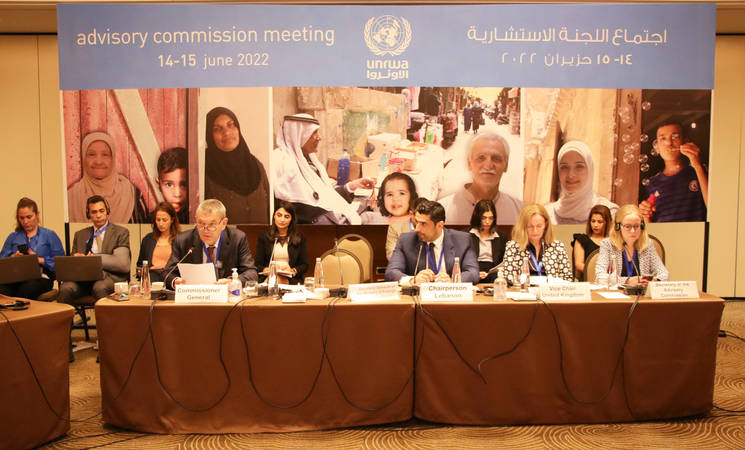 The Advisory Commission (AdCom) of the United Nations Relief and Works Agency for Palestine Refugees in the Near East (UNRWA) met in Lebanon on 14 -15 June amid deep concern over the dire financial situation of the Agency.

The visit comes while Lebanon is in the throes of the worst financial crisis in living memory, with 86 per cent of Palestine refugees in Lebanon reportedly living below the poverty line.

Discussions focused on the ability of UNRWA to continue delivering on its mandate in the face of financial and political challenges. Most pressing was the need to mobilize funding to cover services to Palestine refugees for the remainder of 2022.

With the impact of the Ukraine crisis on funding in the background, AdCom members also discussed efforts to innovate and sustain funding modalities to enable the continued access of the refugees to critical services such as health, education and social protection.

“Holding this session of the AdCom in Lebanon is indicative of the attention that UNRWA wants to draw to the situation of some 210,000 Palestine refugees living here,” said UNRWA Commissioner-General Philippe Lazzarini. “The stories we hear are heartbreaking. Over 80 per cent of Palestine refugee infants do not receive dietary requirements for healthy growth. This is one of many shocking indicators about the hardship of Palestine refugees in Lebanon, where almost everyone now suffers from the impact of the acute economic crisis that hit the country.”

“For now, between what we have already received from donors and based on the best available information, we expect a funding gap of approximately US$ 100 million. The chronic underfunding has finally exhausted our ability to cope”, he added.

AdCom attendees witnessed first-hand the extensive needs of Palestine refugees and the Agency’s work in Burj Barajneh camp, Beirut during pre-meeting field visits. With the Director of UNRWA Affairs in Lebanon, Claudio Cordone, the delegation met with community members, who shared their experiences with fatalities resulting from exposed live-wire electricity and open water and sewage pipes.

In addition, refugees highlighted the difficulty they face to feed their families because of the rising living costs and costs of hospitalization amid an economic crisis, the increase in poverty, unemployment, domestic violence, child labour and divorce cases.

The AdCom delegation also heard stories about the resilience, hopes and aspirations of Palestine refugees and how UNRWA health, education, and shelter repair services, among others, were at times the only support they received.

The delegates visited an UNRWA health centre, the Women’s Programme Association and shelters in need of rehabilitation, as well as those which had been reconstructed with UNRWA support.

The delegation was also briefed on the UNRWA Archive Project to digitize Palestine refugee registration records and on the progress of the reconstruction of the Nahr el-Bared camp following a conflict that destroyed it in 2007.

Advisory Commission members visited Ein El Hilweh Camp in the south of Lebanon where they met representatives of the Palestine refugee community, teachers and students who gave first-hand testimonies on the impact of the country-wide economic crisis on their ability to access food, education, employment and health care.

The discussions also covered access to rights, the restrictions on which severely reduces prospects for the future of the refugees.

The delegation also toured the new Al Sakhra School in Mieh Mieh and the Siblin Vocational Training Centre, where the students shared their aspirations and concerns about their ability to fulfill them.

The Advisory Commission is tasked with advising and assisting the Commissioner-General of UNRWA in carrying out the Agency’s mandate and in the execution of UNRWA programmes. It meets twice a year, usually in June and November. 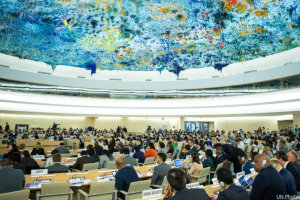 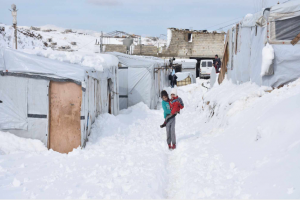