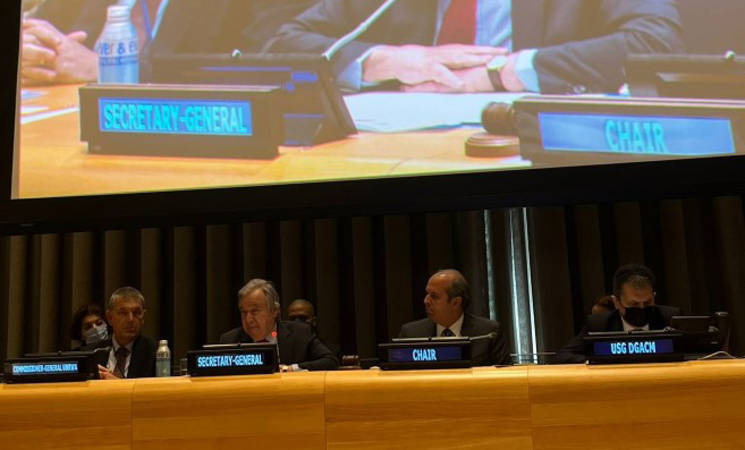 The international community demonstrated its firm commitment to Palestine refugees and the United Nations Relief and Works Agency for Palestine Refugees in the Near East (UNRWA) by providing additional political and financial backing.

This came at a Pledging Conference held on Friday at the United Nations General Assembly in the presence of the Secretary-General.

Member states collectively confirmed US$ 160 million in pledges to support the health, education, social protection and other essential services that UNRWA delivers in the West Bank, including East Jerusalem, Gaza, Syria, Lebanon and Jordan. The funds also cover some emergency response programmes, namely food and cash assistance in the occupied Palestinian territory and Syria.

With the confirmed contributions and those that are forecast over the summer, UNRWA expects a shortfall of over US$ 100 million on its core budget. The Agency said it will continue its immense efforts to mobilize the funds it needs to keep essential services running until the end of the year.

The conference brought together dozens of nations to address the Agency’s funding gap, which remains substantial despite the pledges announced. Years of underfunding leave the Agency’s financial reserves depleted and have started to affect the quality of services because of longstanding cost control and austerity measures.

“Investing in UNRWA means investing in stability for the region,” said the UN Secretary-General Antonio Guterres. “It means investing in the future through education of children and youth, girls and boys, young women and men. And it means honouring the commitment of the international community to Palestine refugees and their rights until a just and durable political solution is found.”

“The amounts pledged today will go straight to fund education, health and social protection services to Palestine refugees,” said UNRWA Commissioner-General Phillippe Lazzarini. “They will also be used to purchase food and deliver cash assistance to the most vulnerable Palestine refugees. But even with today’s contributions, it will be very challenging to reconcile the requirements of the mandate, the immense hardships of Palestine refugees and the funding shortage that remains. I truly hope that today’s pledges will encourage other partners to step up and provide additional crucial assistance.”