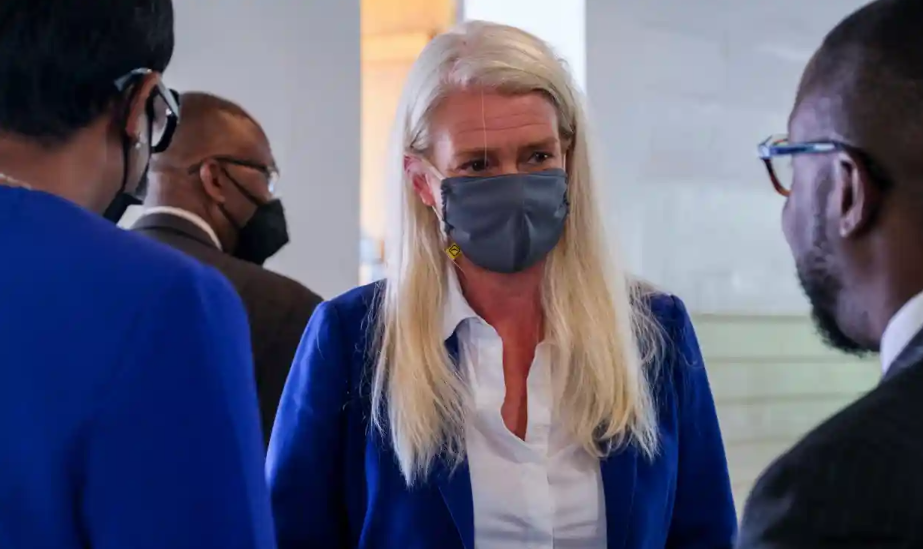 British Foreign Commonwealth and Development Minister Amanda Milling visited the Occupied Palestinian Territories (OPTs) on 23 and 24 June, according to a press release by the British Consulate General in Jerusalem.

The release issued a few days ahead of the visit, said Minister for Asia and the Middle East will be using meetings with Prime Minister Mohammed Shtayyeh, Foreign Minister Riyad al Malki and Secretary-General of the Palestinian Liberation Organization Hussein Al Sheikh to reiterate the UK’s support for the Palestinian people and a two-state solution based on the 1967 borders, with Jerusalem as a shared capital.

The Minister was also expected to visit Palestinians at risk of eviction and displacement in East Jerusalem’s Sheikh Jarrah neighborhood and Masafer Yatta in the South Hebron Hills.

The UK government said it continues to oppose evictions and demolitions, which are illegal under international law in all but the most exceptional circumstances.

The visit aims to discuss the UK’s support to the Palestinian economy with prominent business leaders, before a discussion on the pressures on civic space in the OPTs with journalists, human rights defenders and representatives of civil society organizations.

The Minister will then travel to Jordan where she will discuss, among other topics, the important and historic custodianship of Jordan over the Holy Sites in the OPTs, including Jerusalem’s Old City.