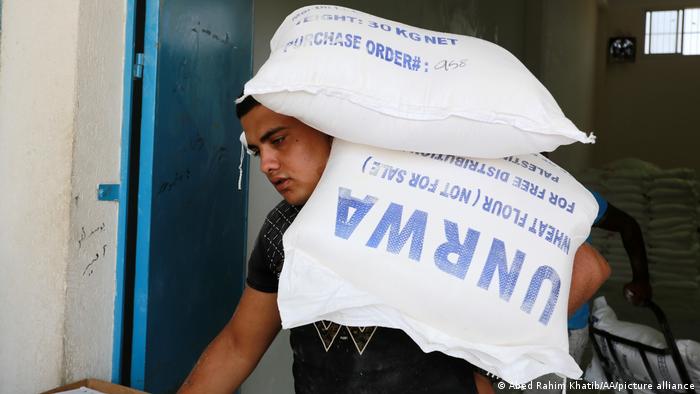 Senior executives of the United Nations Relief and Works Agency for Palestine Refugees in the Near East (UNRWA) has briefed partners on allegations of hate-speech recently levied against several Agency staff members.

UNRWA said in a press statement issued on Tuesday that the allegations, currently under review by the Agency, were timed to disrupt the annual UNRWA pledging conference at United Nations headquarters in New York. Briefings of Agency partners are a routine part of the process undertaken in these situations to ensure effectiveness, transparency and accountability.

“Following the Agency’s review of all the social media posts referenced in the report, six staff members were put on administrative leave,” Deputy Commissioner-General Leni Stenseth said as she reminded Agency partners this was the process used following similar allegations made against UNRWA employees last year. These resulted in staff receiving written censures, significant fines, deferment of eligibility for promotion, and in the case of daily-paid staff, up to two-year prohibitions on working for the Agency, all measures exceeding the standards set by other UN agencies.

Stenseth closed the briefing emphasizing the Agency’s unwavering commitment to upholding UN humanitarian principles and its zero tolerance of hate speech and incitement to discrimination, hostility, or violence: “These are serious times. UNRWA faces a financial crisis that, if unaddressed, could easily negatively impact regional stability”.

“The actions of this organization and the coordinated comments by satellite organizations, demonstrate yet again the real intent. They seek to destroy, not build, to invite conflict, not build a lasting peace. UNRWA will continue in its humanitarian and human development mission, to lift people up from despair to a life of hope and possibilities”, she concluded.