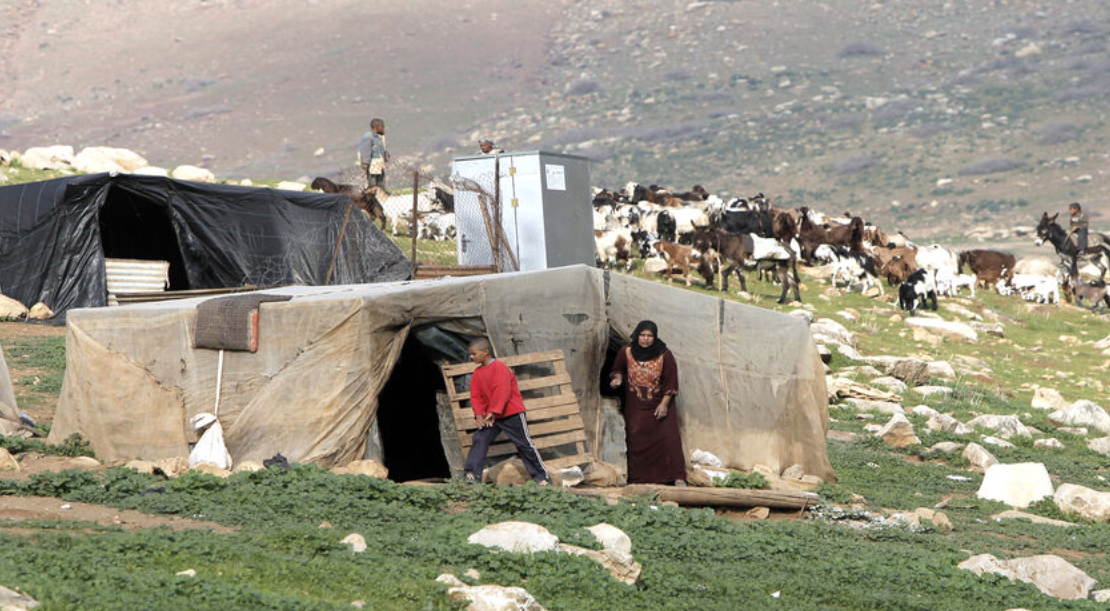 Palestinian Bedouins prepare to evacuate as the Israeli army readies to carry out military exercises in the Wadi al-Maleh area, in the north of the Jordan Valley, West Bank. (File photo: AFP via Getty Images)

The Israeli army on Wednesday notified six Palestinian families that they should leave their homes in Khirbet Humsa locality in the northern Jordan Valley while the army is holding military training, according to a local activist.

Palestinian news agency WAFA quoted Mutaz Bisharat, an official in the Tubas governorate, as saying that Israeli forces notified four families that they should leave their dwellings on July 4, 5, and 6, from 7:00 AM to 11:00 PM as the army will be conducting military drills in their area.

He said this means some 40 people, most of them children, will be without shelter during those days.

This is not the first time Palestinian families are forced to leave their homes for long days and hours while the Israeli army is holding military drills in the area, an activity the army has never exercised in areas where the illegal settlements are located.

Israeli military training causes serious damage to Palestinian lands and crops, which represent a main source of income for the families, who live off raising livestock.

The Israel military has also designated about 46 percent of the Jordan Valley as a closed military zone since the beginning of the occupation in June 1967 and has been utilizing the pretext of military drills to forcefully displace Palestinian families living there as part of a policy of ethnic cleansing and stifling Palestinian development in the area.

In violation of international law, the Israeli military not only temporarily displaces the communities on a regular basis but also confiscates their farmlands, and demolishes their homes and infrastructure from time to time.

Besides undergoing temporary displacement, the Palestinian families living there face a myriad of restrictions on access to resources and services. Meanwhile, Israel exploits the resources of the area and generates profit by allocating generous tracts of land and water resources for the benefit of settlers.

Israeli politicians have made it clear on several occasions their intention to annex the highly strategic Jordan Valley.