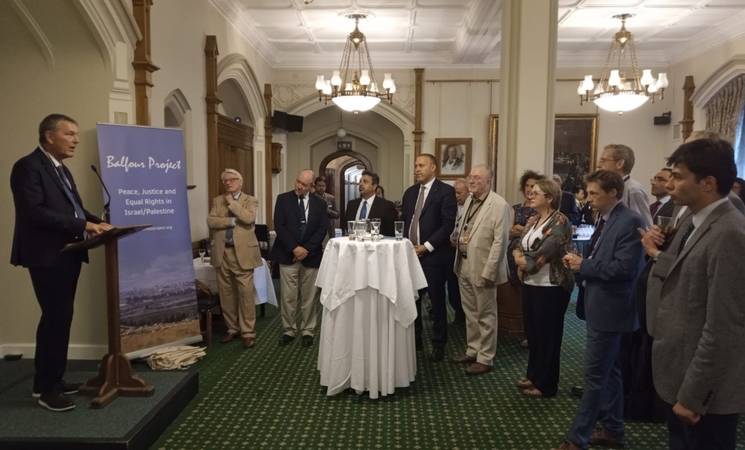 The Commissioner-General of the United Nations Relief and Works Agency for Palestine Refugees in the Near East (UNRWA), Philippe Lazzarini, concluded a mission to London between 12-13 July.

The visit aimed to reiterate the importance of the United Kingdom’s support to UNRWA, especially with the growing humanitarian needs of Palestine refugees.

During the visit, Lazzarini met with MENA Director Stephen Hickey at the Foreign, Commonwealth & Development Office (FCDO) and briefed several Members of Parliament; He was invited to address members of the All-Party Parliamentary Group (APPG) on Palestine.

The London visit, furthermore, included meetings with the Palestinian Mission to the UK, as well as representatives from INGOs and civil society organizations. Mr Lazzarini also participated in an exchange at Chatham House and a reception hosted by the Balfour Project and the Council for Arab-British Understanding (CAABU).

“These are extremely challenging times for UNRWA and for Palestine refugees,” said Lazzarini. “Chronic underfunding puts our operations at risk at a time of heightened vulnerability in most refugee households in the region. The dramatic decrease in support from the UK to UNRWA as part of decreasing its overseas budget has a devastating effect on the Agency. I call on the UK to restore its funding to UNRWA back to previous levels, especially in light of very positive feedback from external validators like the UK’s own British Council, the World Bank, UNHCR, and MOPAN,” he said.

The mission came in the context of a sharp decrease in UK Official Development Assistance (ODA) from 0.7 per cent to 0.5 per cent of GNI, which has affected all humanitarian and development partners, including UNRWA. Historically, the UK has been a strong political and financial supporter of UNRWA. Until recently, the UK was consistently amongst the top-five donors providing predictable support through multiyear funding to the Agency’s core budget, as well as consistent support to the UNRWA Emergency Appeals.