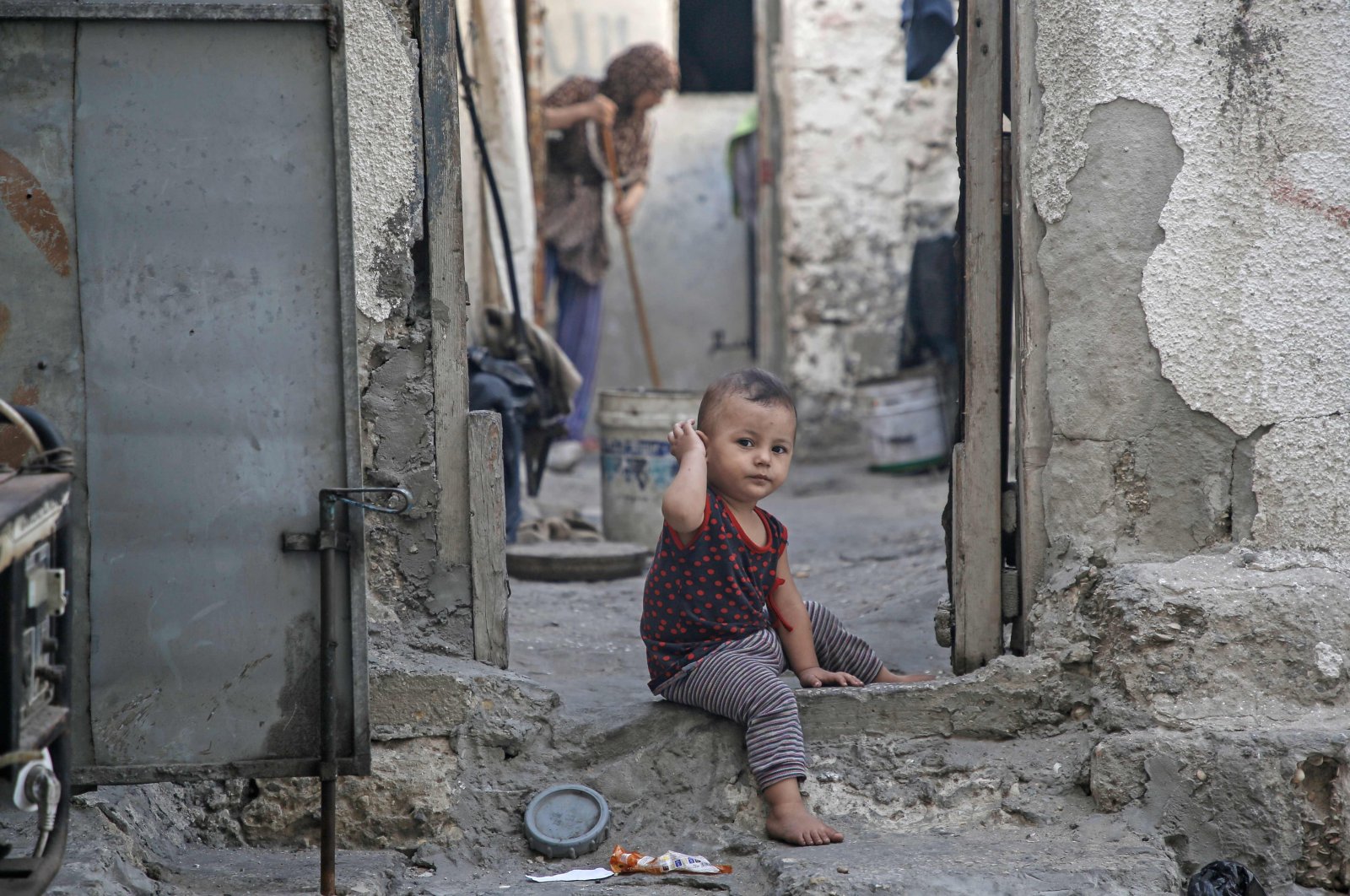 A Palestinian toddler sits in a doorway of a deserted house as a woman sweeps at the Shati Palestinian refugee camp in Gaza City, Palestine, Sept. 3, 2019. (AFP Photo)

The Government of Japan will contribute US$ 5 million to the United Nations Relief and Works Agency for Palestine Refugees in the Near East (UNRWA) for critical food assistance to Palestine refugees in the Gaza Strip at a time of global food insecurity.

“I am very happy to announce that the Government of Japan is contributing US$ 5 million to UNRWA to support Palestine refugee families in the midst of growing concerns over the global food price surge which is impacting the most vulnerable population of the Gaza Strip. This contribution represents our determined commitment and solidarity to Palestine refugees at a time when the world is faced with multiple serious humanitarian crises,” Ambassador Masayuki Magoshi, Representative of Japan to Palestine, said.

UNRWA Director of Partnerships Karim Amer said: “This timely and generous contribution from the Government of Japan is a very welcome message of support to Palestine refugee households in Gaza. On behalf of UNRWA, I would like to thank the Government of Japan, one of our reliable and consistent partners. This is a partnership that the Agency is proud of and hopes to maintain and grow.”