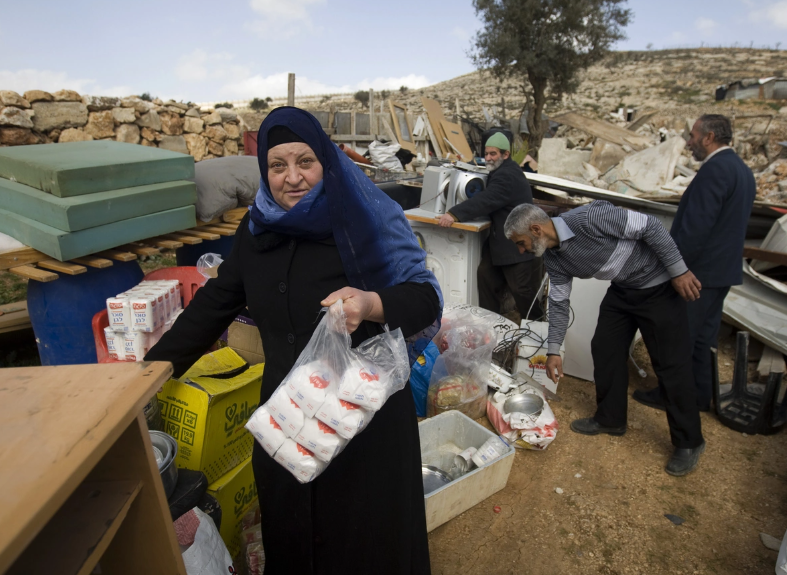 The Israeli occupation authorities demolished, confiscated, or forced people to demolish 51 Palestinian-owned structures in East Jerusalem and Area C of the West Bank, resulting in the displacement of 40 people, including 21 children, according to a United Nations (UN) report.

The UN Office for the Coordination of Humanitarian Affairs (OCHA) in the occupied Palestinian territory said in its biweekly Protection of Civilians Report covering the period between 28 June and 18 July that the demolitions were carried out under the pretext of unlicensed construction.

Four of the structures had been provided as donor-funded humanitarian aid. As a result, the livelihoods of about 500 people were also affected.

Some 47 of the targeted structures were in Area C, including two structures in southern AlKhalil areas which are designated as ‘firing zones’ for military training, and where Palestinian communities are at risk of forcible transfer.

On 5 July, the Israeli authorities demolished a 200-meter-long concrete wall around a water spring facility in a ’nature reserve’ in Duma, near Nablus, for lacking building permits; as a result, the water valve was destroyed and the water network damaged. This demolition directly affects access to water and the livelihoods of at least 22 households, comprising 132 people.

Four structures were demolished in East Jerusalem, including one home destroyed by its owners to avoid paying the fines issued by Israeli authorities.

On four occasions, said OCHA, Israeli forces conducted military training exercises near the 13 Palestinian herding communities of Masafer Yatta in southern Hebron. This area had been designated by the Israeli authorities as a ‘firing zone’ and was declared closed for Israeli military training. The recent military exercises restricted the access of Palestinians to basic services and sources of food, and put their safety at risk.

On 7 July, the roof of a house was damaged by live ammunition while the family was inside. Use of live fire and explosions were reported on two other occasions. On 4 May, the Israeli High Court of Justice approved the eviction of Palestinians living in Masafer Yatta, putting 1,144 people, including 569 children, at imminent risk of forcible transfer. On 23 June, the Acting Humanitarian Coordinator called for a halt to demolitions, military activities and other increasingly coercive measures, so that residents can remain in their homes in safety and dignity.

Since the beginning of the year, Israeli forces have shot and killed 29 Palestinians, including six children, during search-and-arrest operations across the West Bank; 19 of the fatalities were in the Jenin governorate.

One Palestinian man died, four others were injured, and 21 were arrested while trying to reach their worksites in Israel through informal openings in the West Bank Barrier.