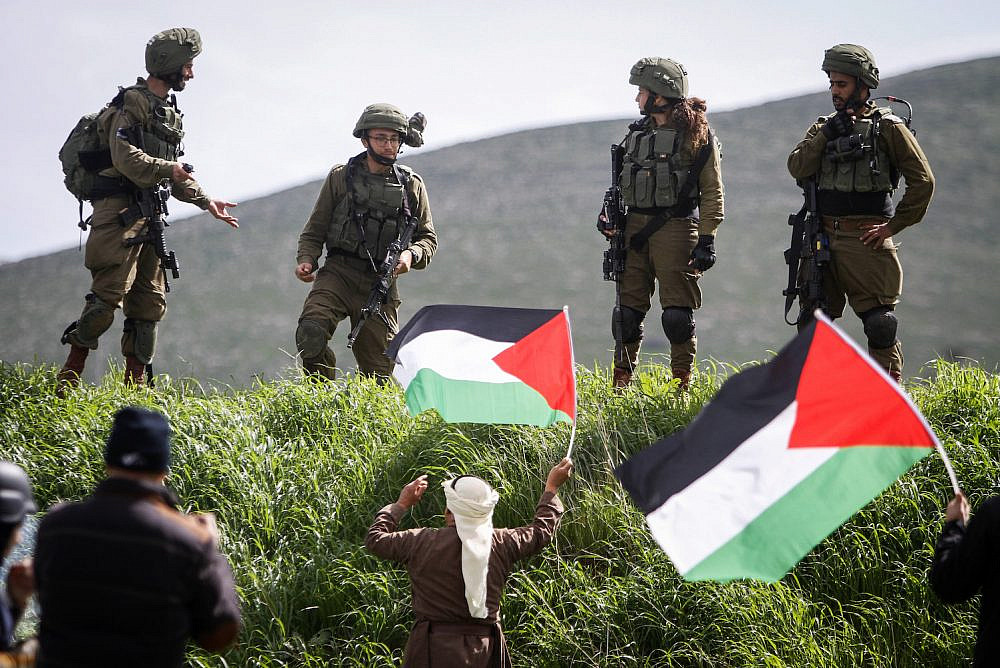 The Israeli occupation authorities Thursday renewed an order to grab a Palestinian land in Deir Sharaf and An-Naqura villages, northwest of Nablus, according to local sources.

Head of the joint council of the cluster of villages to the northwest of Nablus, Mohammad Azzem, said in a statement published by Palestinian news agency WAFA that the occupation authorities renewed the order to confiscate some 17 donums of land belonging to the aforementioned villages until 2027, citing military purposes as a pretext.

He pointed that the area of the confiscated land, adjacent to the Shavei Shomron colonial settlement, is in fact much larger than the area included in the military order, while affirming that the landowners have title deeds proving their ownership of the land.

Over 700,000 Israelis live in Jewish-only colonial settlements across occupied East Jerusalem and the West Bank, in violation of international law.

The number of settlers has almost tripled since the Oslo Accords of 1993, when settlers’ number estimated 252,000. Illegal colonial settlements have leapt from 144 to 515 in that time.