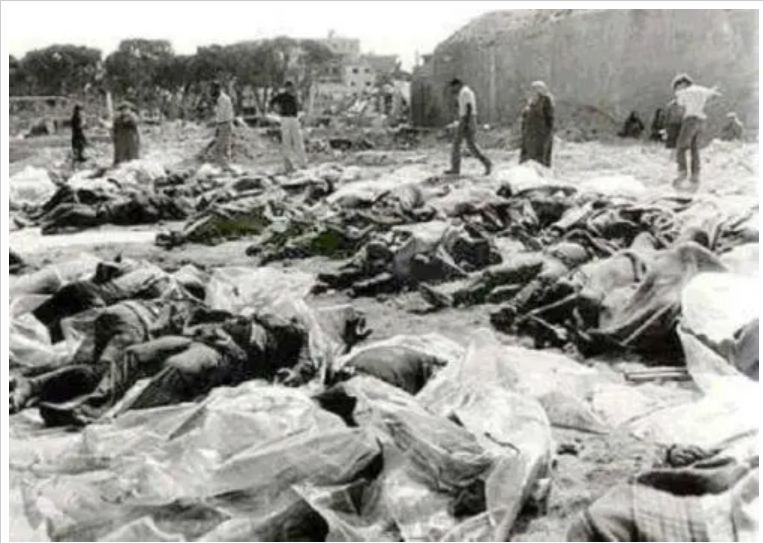 In this file photo, Palestinian cadavers lie on the ground during the bloody massacre in the village of Kafr Qasem, On October 29, 1956.

A series of new declassified documents have revealed fresh details on the planned murder of Palestinian civilians at the hands of Israeli military forces during the bloody October 1956 massacre in the village of Kafr Qasem, northeast of the coastal city of Tel Aviv in the occupied territories.

According to the trial transcripts of Chaim Levy, who commanded the Israeli army in Kafr Qasem, the Israeli troops knew their victims were unarmed civilians and were unaware that the regime had imposed a strict curfew in the area.

“The same goes for them as anyone else,” Levy said he was told by a commander, regarding the local residents.

In one exchange during his trial, Levy was asked, “Doesn’t your reason tell you that ‘violating a curfew’ means by someone who knows that there is a curfew?” Levy said he agreed.

Later he was asked, “How can you say that someone told you to kill people who don’t know that there is a curfew?” To which he replied, “Because I was given such an order… Today I find this unreasonable. At the time, I thought it was reasonable.”

On October 29, 1956, Israeli border guards gunned down 49 villagers from Kfar Kassem as they worked in their fields. The farmers were unaware that Israel had placed the region under a curfew during the run-up to the Suez campaign against Egypt.

The massacre sparked international outrage and led to a landmark trial of the Israeli troops. For decades, Israeli authorities refused to release transcripts of the court proceedings, saying they jeopardized the Tel Aviv regime’s security.

The documents also disclose a new connection between the massacre and a secret Israeli plan, code-named Hafarperet (Mole), to uproot Palestinians from their homes by force of arms and threat of imminent slaughter.

Levy’s testimony offers a detailed account of how Israeli officers appear to have used tensions during the Suez crisis to orchestrate the removal of Palestinians from their villages.

Levy refers to plans of “creating enclosures” and “transporting people”, which could be interpreted to mean the detention of Palestinians in camps or expulsion from their homeland.

He also said he was told by his commander not to station troops along the village’s eastern border facing Jordan, in an effort to push fleeing Palestinians out of Israel.

“I understood that it would be no great calamity if they took this opportunity to go away,” he said.

Levy said he understood there was a direct link between shooting curfew violators and changing Israel’s demographic makeup.

“The connection is that as a result, part of the population would get scared and decide that it’s best to live on the other side. That’s how I interpret it,” he said.

The testimony of district commander Issachar Shadmi appeared to confirm Levy’s understanding of the massacre. Shadmi said it was no secret Israeli officials “heavily encouraged” Palestinians to leave its borders.

Another Israeli soldier said the intention of the curfew was to intimidate the Palestinians.

“The immediate goal is to keep them in their houses, and the second goal is to not need to intimidate them in the future, as well as to require less manpower because they will eventually be like innocent sheep,” one of the soldiers testified.

He added that a major general in the Israeli army said it would be “desirable” to have casualties to instill fear in the Palestinian population.

“It would be best to knock out a few people… so that in the future there would be quiet, and we would not need to have this much manpower overseeing these villages,” he said, quoting the general.

Israeli Regional Cooperation Minister and Kafr Qasem resident Issawi Frej, who lost relatives in the massacre, welcomed the release of the report.

“I'm finally reading the words I dreamt to read my entire life. The testimonies on this planned murder, on Kafr Qasem's eastern gate that was left open in the hope that the survivors would get the message and run away,” Freige said in reaction to the release of the transcripts.

“After 66 years, the truth comes out. For so long, top authorities wished to hide the truth from us about the massacre that hurt every family in Kafr Qasem, including my family, and this follows us to this day,” he further noted.