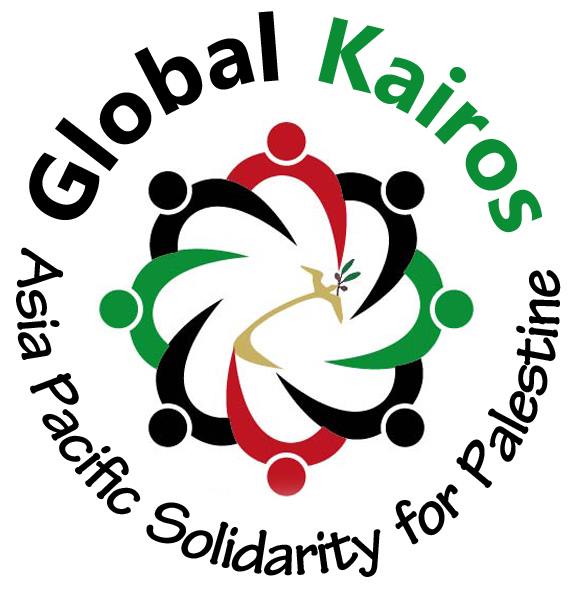 Apartheid, in its internationally-understood legal definition, is practiced in various ways by Israel in the occupied Palestinian territories, said a group of Asian Christian theologians.

Global Kairos Asia Pacific Palestine Solidarity (GKAPPS) said in a press statement that “since 1967, the Israeli government has adopted policies and practices to seize land owned by Palestinians in the west bank of the Jordan River and the Gaza Strip. Apartheid is practiced in various ways by Israel in the occupied Palestinian territories”.

“More than 6 million Palestinians are stateless refugees who have lived in refugee camps in countries adjacent to Palestine for several generations since they were expelled from their homes”, said the group. “Children in these refugee camps are born as refugees, grow as refugees, and die as refugees. Israel refuses to exercise its right of return, which is stipulated in the Geneva Convention 4 and is stipulated in UN Resolution 194, which was passed shortly after Nakba, giving the right to return to Palestine, the country of origin”.

“Israel is using a dual legal and political system that privileged 700,000 Israeli Jewish settlers living in 300 illegal Israeli settlements in East Jerusalem and the West Bank”, it added.

GKAPPS confirmed “the internationally understood legal definition of apartheid as an institutionalized system of racial segregation. Israel has more deliberate and clearer basic political, legal and social rights to one group than others within the same geographical unit, based on racial, national and ethnic identities. As a preferred political system, it falls within the scope of this definition. This is nothing but a crime against humanity”.

The group noted that over the last year, it has followed the widening analysis and political expressions of global solidarity with the Palestinian people in their struggle for liberation from the stranglehold of Israeli Apartheid.

“GKAPPS strongly disapproves the colonialist, racist roots of oppression in Palestinian territories. That this situation has continued unabated since 1967 is indication of the failure of the international community to live by the standards set by the United Nations. The UN in its basic intent asserts that justice is an ideal of accountability and fairness in the protection and vindication of rights and the prevention and punishment of wrongs,” the statement read.

As a recent GKAPPS conference noted, “Palestinians remain trapped in a deepening cycle of violence, humiliation, and despair. The Palestinians suffer from land theft, increased settlements, forcible transfers, demolition and desecration of heritage and holy sites, the “apartheid wall”, checkpoints, an overriding military presence, arbitrary and extra-judicial killings, torture, the denial of fundamental rights, an abysmal rate of child deaths, collective punishment, an abusive military court system, periods of intensive Israeli military violence… and the list of human rights violations does not end. Military brutality has no tangible limits. Israel arrested about 1,300 boys and girls in 2021, and from January to March, 2022 more than 200 children have been detained.”

“Gaza, with more than two million inhabitants, has been hermetically sealed off by a military blockade of land, air and sea since 2007. It is identified appropriately as an “open air prison”. It has been regularly bombarded by military aircraft, drones and tanks killing thousands of civilians, wounding many times more, making half a million homeless, with the destruction of means of livelihood.”

The group firmly urged Israel to “abandon its political criminality”, adding: “Instead it must follow the notion of Convivencia which will permit the ‘coexistence’ of Christian, Muslim, and Jewish communities and by extension the cultural interaction and exchange fostered by such proximity.”