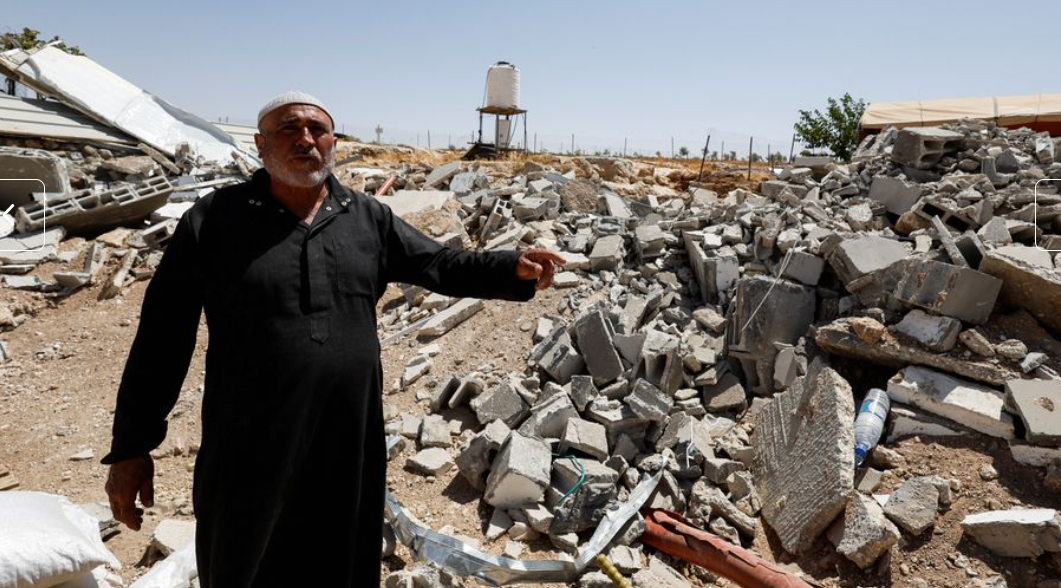 Palestinian Mahmoud Najajreh points at his demolished house, in Masafer Yatta, South of AlKhalil, in the Israeli-occupied West Bank, May 31, 2022. (Photo: REUTERS)

The Israeli military government on Wednesday issued an order to demolish a Palestinian house and stop the construction of others in Masafer Yatta community, south of AlKhalil city, in the southern occupied West Bank.

Activist Fouad Al Imour told Palestinian news agency WAFA that soldiers broke into Al Towana community and ordered a local resident to demolish his 70-square-meter house where he and his family of eight members live.

The soldiers also ordered the removal of the electricity network that provides power to several households in al-Towana.

In nearby Shaab al-Battam, two local residents were ordered to stop work on the construction of their houses claiming they were being built without a permit.