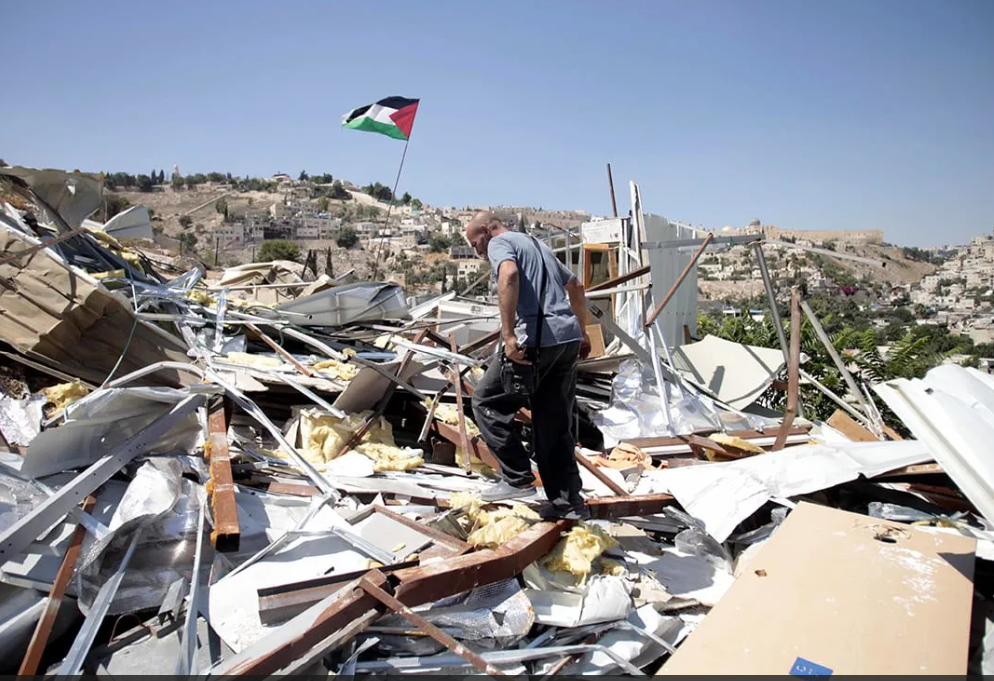 A Palestinian man searches through the rubble of his home in Silwan, East Jerusalem, after Israeli forces demolished it. (File photo: APA)

The Israeli municipality of West Jerusalem demolished on Wednesday a Palestinian house in the occupied East Jerusalem neighborhood of Silwan, leaving eight people without roof over their heads.

The house owner Hazem Abu Sneineh said Israeli municipality staff escorted by policemen and a bulldozer broke into Silwan and reduced his family house to rubble.

The building covers 115 square meters and is home to eight people, including children.

Hazem’s two sons and his neighbor were arrested by Israeli police after they attempted to obstruct the demolition.