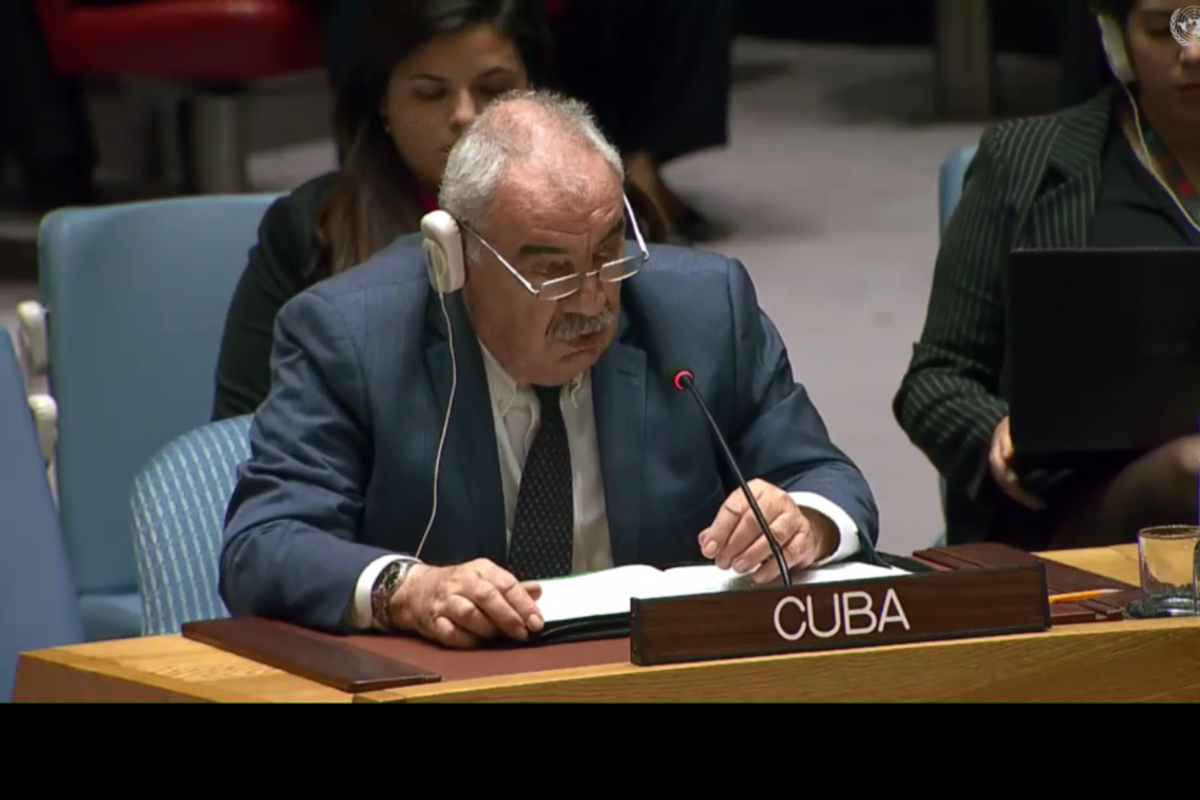 The Permanent Mission of Cuba to the United Nations has condemned Israel’s illegal “occu-annexation” of Palestinian territories and called for serious international efforts to retrieve Palestinians’ right to self-determination.

“These new actions are serious and alarming”, stated Ambassador Humberto Rivero Rosario at the quarterly open debate of the UN Security Council on the situation in the Middle East, including the Palestinian question.

Rosario denounced the punitive demolitions, seizures of Palestinian-owned structures by the Israeli authorities, the forced displacement of hundreds of Palestinian civilians, and the blockade on the Gaza Strip.

The Cuban official also spoke out against the increase in violence and the use of force indiscriminately and disproportionately against Palestinian civilians, in flagrant violation of the Charter of the United Nations and international humanitarian law.

Rosario expressed deep concern about Israel's decision not to renew the mandate of the Temporary International Presence in Hebron, in an open breach of the relevant Security Council resolutions, the Oslo II Accords and international law.

He called on the Security Council to demand an immediate end to the occupation of the Palestinian territories and to Israel's aggressive policies and colonizing practices, in compliance with resolutions on the situation in the Middle East, including the Palestinian question, particularly resolution 2334 (2016).

Rivero Rosario reaffirmed his unrestricted support for a comprehensive, just and lasting solution to the Israeli-Palestinian conflict, allowing the Palestinian people to exercise the right to self-determination and to have an independent and sovereign State based on the pre-1967 borders, with East Jerusalem as its capital.