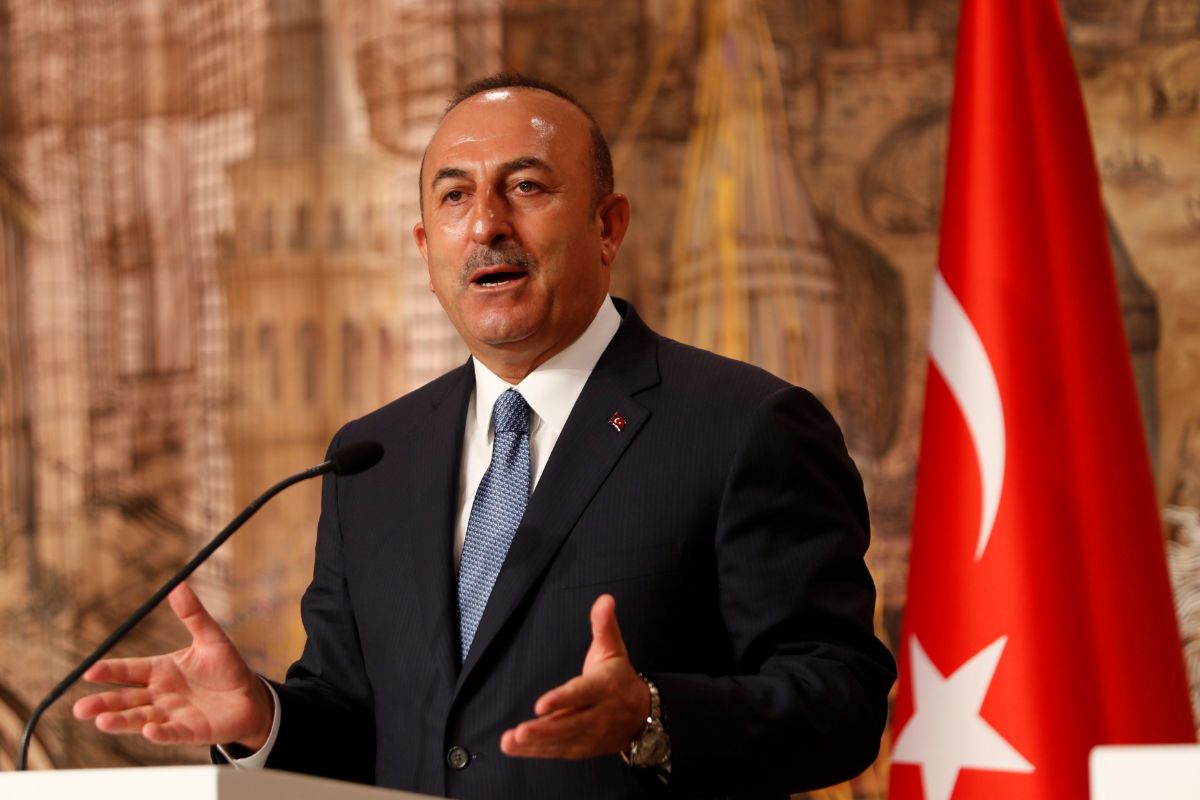 Turkey’s Foreign Minister slammed Israeli Prime Minister Benjamin Netanyahu’s intention to grab areas of the West Bank ahead of the upcoming polls as yet another sign of Israel’s inherently racist character.

In statements circulated on international media outlets on Sunday, Turkey’s Foreign Minister Mevlüt Çavuşoğlu was quoted as dubbing Israel “a racist, apartheid regime”, in response to Netanyahu’s threat to annex large swathes of Palestinian land in the occupied West Bank.

On Saturday, Turkey’s foreign ministry said the Organization of Islamic Cooperation (OIC) would convene in Jeddah on Sunday to discuss Netanyahu’s statement.

Speaking in Jeddah, Foreign Minister Mevlut Çavuşoğlu said Netanyahu’s “embarrassing” plan was a “despicable” attempt to garner votes ahead of Tuesday’s ballots, and lashed out at the international community’s silence over the projected move.

“Israel, encouraged by the support of certain countries, is continuing its aggressive policies that are turning it into a racist, apartheid regime,” Çavuşoğlu was quoted as saying by Turkey’s state-run Anadolu news agency.

“If the whole Muslim community had reacted together, the reckless plans, policies and behavior of the United States and Israel would never have reached this point,” stated Çavuşoğlu.

Battling to win over voters ahead of polls on 17 September, Netanyahu on Tuesday issued a pledge to grab hold of the strategic Jordan Valley - which accounts for around a third of the occupied West Bank - if he wins the vote.

Netanyahu's threats have sparked widespread condemnation from the Palestinians, Arab states, the United Nations and the EU.

A statement put out jointly by France, Germany, Italy, Spain and the UK on Thursday said the countries were "deeply concerned" about the annexation plan.

"This would, if implemented, constitute a serious breach of international law," said the statement. "France, Germany, Italy, Spain and the United Kingdom will continue to call on all parties to refrain from actions in contravention of international law that would imperil the viability of a two-state solution, based on the 1967 lines, and make it harder to achieve a just and lasting peace."

Around 65,000 Palestinians and 11,000 Israeli settlers live in the Jordan Valley and northern Dead Sea area, the Israeli human rights group B’Tselem says. The main Palestinian city is Jericho, with some 28 villages and smaller Bedouin communities.