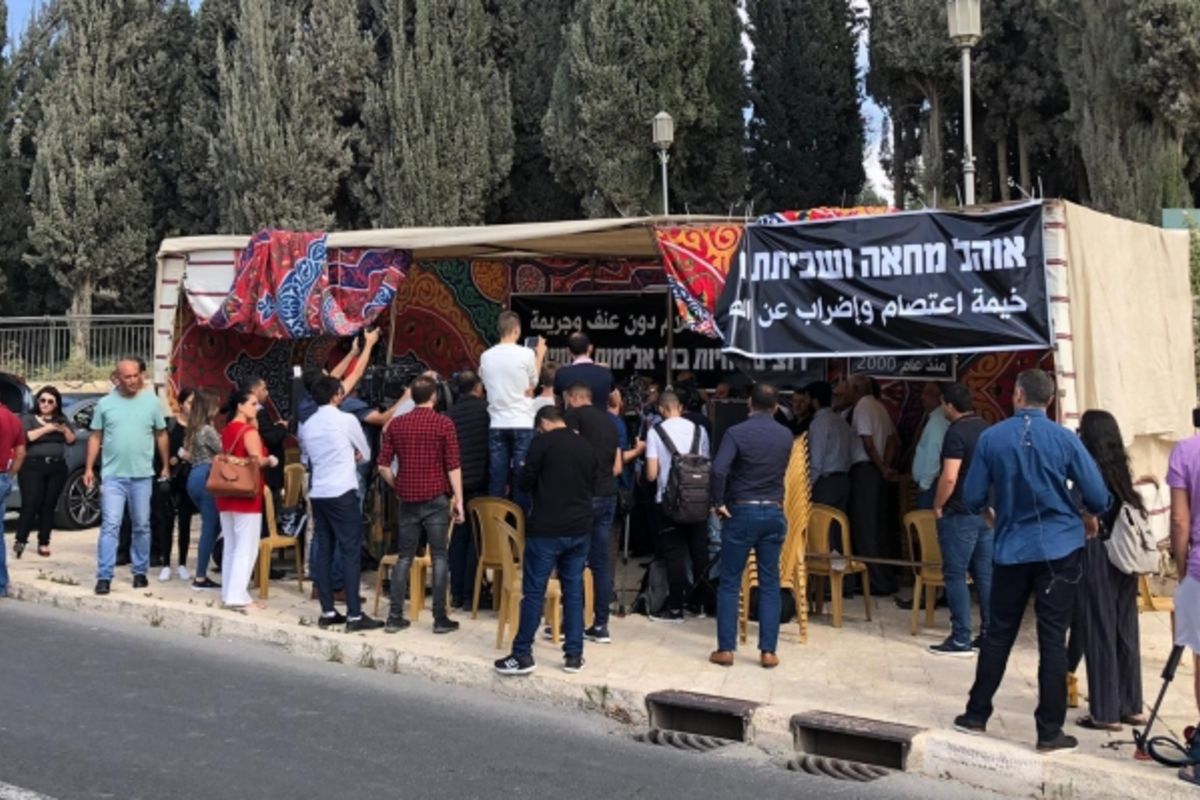 Sit-in tent set up outside of Netanyahu's office in Jerusalem.

Palestinian citizens of Israel have joined a vigil staged by a local NGO to demand an end to the apathy maintained by Israeli police regarding increasing crimes against the Palestinians.

Palestinians living in territories occupied in 1948 (present-day Israel) have gone on a three-day hunger strike starting Sunday in response to increasing crimes against the Palestinians. 30 renowned figures, including Knesset members of the Joint Arab List and human rights activists, are expected to join the strike.

A sit-in tent has balso een pitched by the high Follow-Up Committee for Arab citizens of Israel outside of Israeli Prime Minister Benjamin Netanyahu’s office in occupied Jerusalem.

Head of the Follow-Up Committee, Mohamed Baraka, accused the Israeli police of overlooking crimes against the Palestinians and implementing unilateral policies which he said reek of unconditional impunity.

“Israeli police know very well the identity of gangsters and criminals. They have all aces to curb illegal gun possession”, said Baraka, adding that the statements released by Israel’s Interior Security Minister Gilad Erdan implicate the Israeli military in the uncontrolled circulation of weapons.

Over recent weeks, Palestinian citizens of Israel have held protests over the wave of deadly violence largely overlooked by Israeli police. Protesters say police have abandoned their neighborhoods to gangs and criminals.

The police adamantly deny the allegations of apathy and say they are doing everything they can to stanch the violence.

Israel's Arab citizens make up nearly 20.1% of the population. They have the right to vote but suffer discrimination and double-standards. Rights groups have warned that Israeli authorities treat them like second-class citizens.