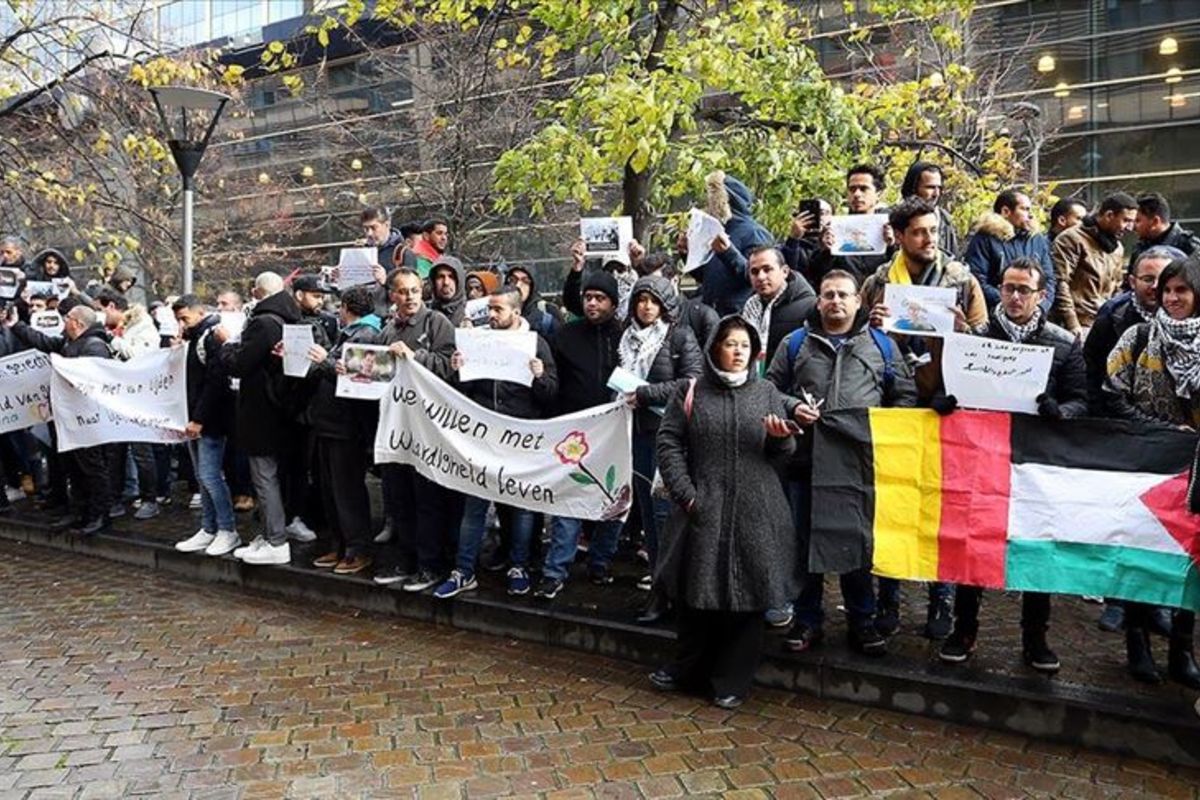 Dozens of Palestinian asylum seekers have rallied in Brussels on Tuesday, urging local authorities to consider their asylum applications in line with international humanitarian laws and denouncing the increasing rejections by Belgium of asylum demands.

According to Anadolu News Agency, some 200 Palestinians gathered in Victor Horta square, demanding that their appeals for asylum be taken into serious consideration.

The refugees, mostly from the Israeli-blockaded Gaza Strip called on the Belgian government to grant them the right to humanitarian asylum in the country pending their safe return to their homeland—Palestine.

Last week, Gazan asylum seekers in Belgium have launched a protest movement to decry what they dubbed as the “unfair treatment” by the Belgian authorities processing their asylum requests, Haaretz daily had reported.

Marches and daylong ‘hunger strikes’ have been staged in asylum seeker reception centers across the country to protest “injustices” over how asylum applications are allegedly being handled by Belgian authorities.

Belgium is one of Europe's most popular destinations for Gazans fleeing the coastal enclave, which has been under a crippling Israeli siege since 2013. The blockade has brought about poverty and unemployment rates that affected nearly 75% of the besieged population in the enclave.

“The situation in Gaza is still precarious and problematic for many inhabitants but not for all”, the Office of the Commissioner General for Refugees and Stateless Persons in Belgium said in response to last week’s protests.

According to official figures by the Commissioner-General’s office, the Palestinians make the second largest group of new asylum seekers in the first nine months of 2019, with over 1,980 applications for international protection filed in September.

However, according to the same report, only about 30 percent of the applications processed during those nine months were successful, making Palestinians only the 10th largest national group to successfully obtain asylum.

More than 50 years of occupation and 13 years of blockade have made the lives of 2 million Palestinians living inside the Gaza Strip unbearable and turned the enclave into the world’s largest open-air prison.