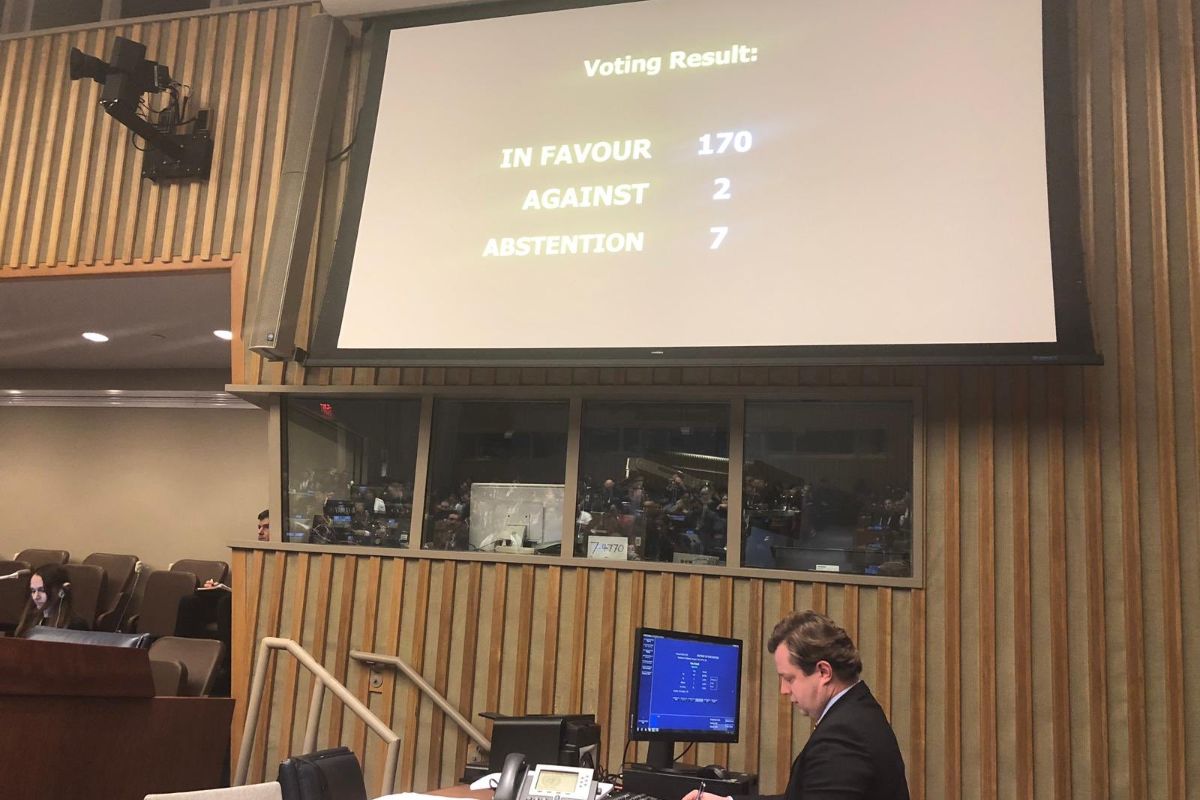 170 UN Member States voted in favor of a resolution to renew UNRWA’s mandate.

The United Nations General Assembly (UNGA) renewed the mandate of the Palestinian refugee agency on Friday, in an overwhelming show of support despite unabated pressure by the US and Israel to end the agency’s work.

The measure comes amid an ad hominem campaign waged by Israel and the United States against the UN agency on the grounds that it defends Palestinians’ right of return to Israeli-occupied territories, thus preventing a practical solution to the conflict.

In the past few years, UNRWA, which was founded in 1949, has faced an unprecedentedly ferocious attack targeting its legitimacy.

In 2018, the Trump administration cut contribution to UNRWA's budget, sending the agency into financial turmoil. The agency survived only after European and Arab countries rushed to plug the gap.

Over the past few months, allegations of misconduct in the top echelons of the organization have thrown UNRWA into further disrepair, leading to the resignation of the agency's Commissioner General, Pierre Krahenbuhl.

Prior to Krahenbuhl’s resignation, a UN spokesman said preliminary findings excluded "fraud or misappropriation of operational funds," pointing at the fact the allegations were likely around personal misbehavior.