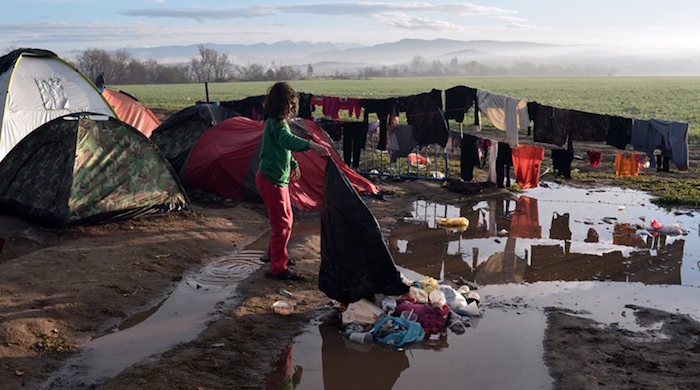 The London-based Action Group for Palestinians of Syria (AGPS) said that dozens of Palestinian and Syrian refugees detained on the Greek island of Rhodes have been subjected to “squalid captivity conditions”.

In a Sunday report, AGPS said the stranded families have appealed to the national and international human rights institutions to work on their urgent release from Greek custody.

In a letter reportedly emailed to AGPS, Palestinian activists said that among the detained refugees are men, women, and elderly people, who have all been subjected to mistreatment by Greek prison authorities.

The refugees landed on the island in early October. Women have been separated from men in jail, added the human rights monitor.

Activists quoted a refugee as stating that the prison authorities have banned the prisoners from going out to the prison yard and reaching the eating place. Wardens also continue to prevent their access to winter blankets, stated AGPS.

The refugees said a number of sick migrants diagnosed with kidney disorders and skin diseases, among other health problems, have had their health condition worsened due to poor hygiene and medical neglect, it added.

At the same time, AGPS said children below the age of 10 have been clinging to their mothers’ arms in custody, where expectant women have also been held.

AGPS said that Palestinian refugees from Syria and other war-stricken zones continue to risk their lives onboard the “death boats” to Greece, rummaging around for a momentary respite from the daily scenes of bloodshed and destruction.

AGPS has kept record of the death of dozens of refugees onboard Greece-bound ships. Several others have been arrested by Turkish coast guards. 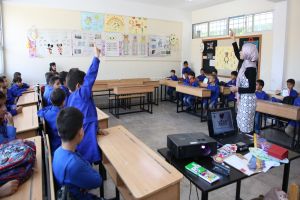 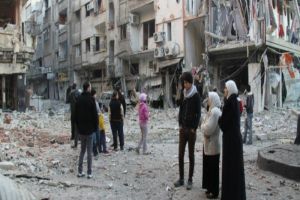