Greece Pushed Back 60,000 Migrants to Turkey 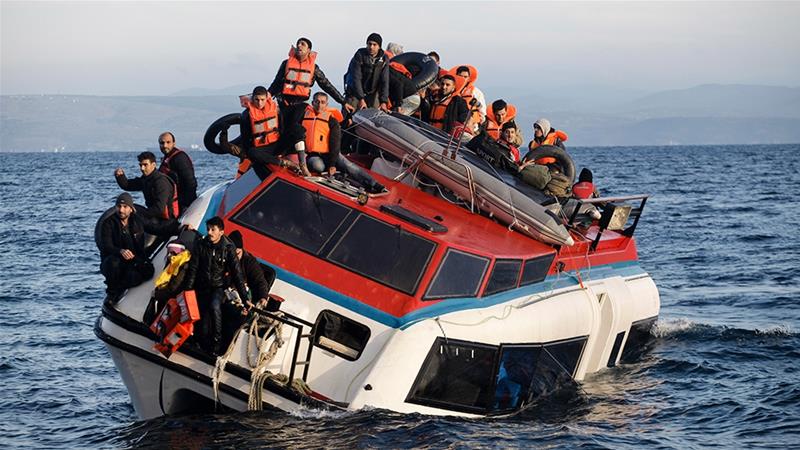 More than 50 people have died this year while attempting to cross the Aegean Sea, according to the IOM. Credit: AP

Greece illegally deported some 60,000 migrants to Turkey between 2017 and 2018, according to a report on the online news portal of weekly German magazine Spiegel.

The Turkish Interior Ministry has filed claim that Greece illegally sent back 58,283 people to Turkey in the 12-month period leading up to November 1, 2018.

Documents released by Turkey have accused Greece of not properly handling the asylum status of migrants.

Greece has denied the accusations. Greek Prime Minister Kyriakos Mitsokasis said that "those people who have used the refugee crisis to their own ends should be more careful when dealing with Greece."

Forced deportation of asylum seekers is illegal under European and international law. Local authorities should assess the asylum status of new migrants rather than pushing them back to another destination.

According to the Turkish documents, the majority of migrants pushed back from Greece were Pakistani, with large numbers from Somalia, Algeria and Bangladesh. 4,500 were from war-torn Syria.

Palestinian rights watchdogs have raised fears that deportation lists include Palestinians from Syria.

Turkish officials said they sent most of the people back to their countries of origin except for those from Syria, who were sent back to the Turkish town where they originally registered as refugees.

Dozens of Palestine refugees who fled the relentless Syrian warfare to remote Greek islands have been crammed in refugee camps that have reportedly been running at three times their capacity. Overpopulated refugee camps cause a shortage of resources, not least healthcare.

A couple of months earlier, UNICEF warned that the number of unaccompanied migrant minors staying in overcrowded reception centers on the Greek islands exceeds 1,100, the highest level since the peak of the refugee crisis in early 2016, calling on European countries to do more to protect vulnerable children.

Tens of thousands of Palestinian and Syrian refugees have flooded across the Mediterranean and into Greece over the past few years, counting on being relocated elsewhere in Europe as part of an E.U. plan to redistribute the asylum seekers to lighten the burden on the countries at the front lines of Europe’s migrant crisis.

The Action Group for Palestinians of Syria (AGPS) has kept record of the death of dozens of refugees onboard Greece-bound ships. Several others have been rounded up by Greek and Turkish coast guards.