UN Votes in Favor of Palestinians Right of Self-Determination 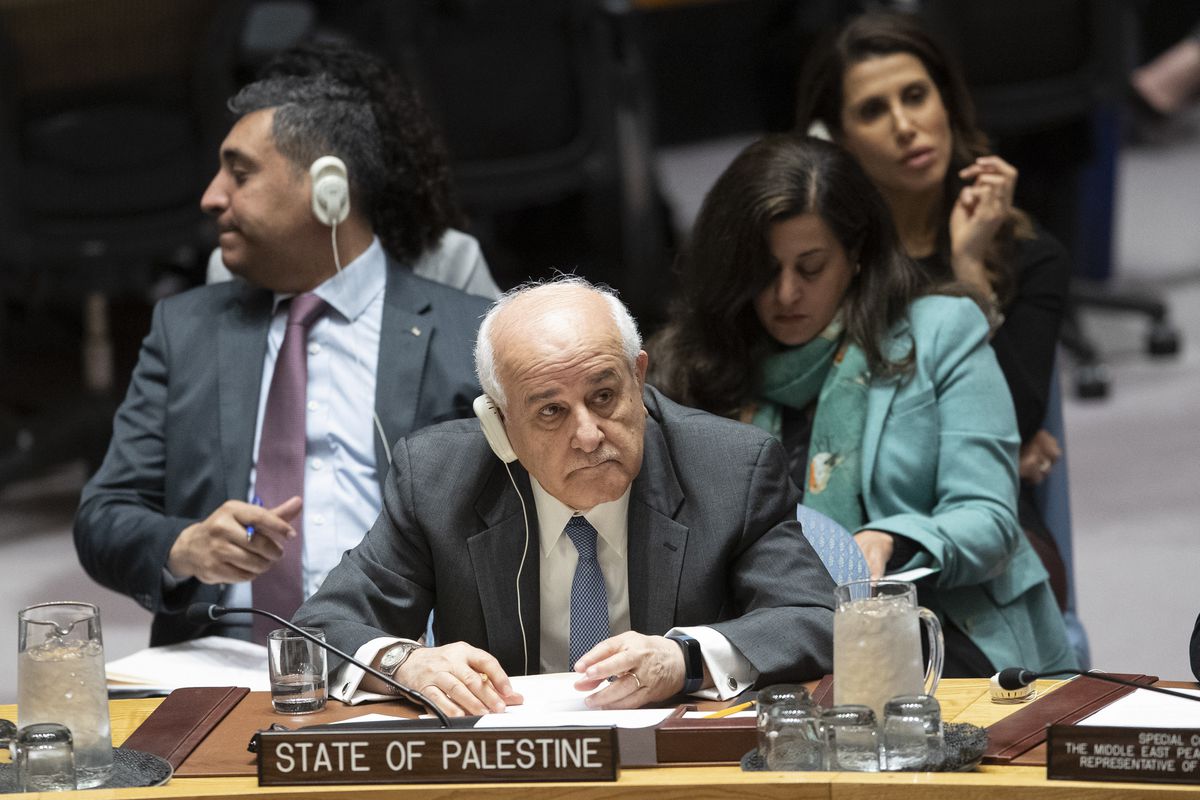 Palestinian Ambassador to the United Nations Karen Riyad Mansour listens to speakers during a meeting on the Middle East, including the Palestinian question, Wednesday, Nov. 20, 2019 at United Nations headquarters. Credit: Associated Press

An overwhelming majority of UN Member-States have voted in favor of
the Palestinian people's right of self-determination.

During a session of the Third Committee of the UN General Assembly, a resolution was adopted to support the right of self-determination of the Palestinian people, the Palestinian Foreign Ministry was quoted as saying in a Tuesday press release.

A total of 165 Member States voted for the resolution; nine abstained. Only Israel, the US, Nauru, Micronesia and the Marshall Islands voted against it.

Canada joined 165 other nations by voting yes on the resolution entitled “The right of the Palestinian people to self-determination”. The move stirred Israel’s wrath with many of its official expressing disappointment and concern over what they said was “an unexpected move” and a possible indication of “a pivot from Ottawa’s decade-long pro-Israel voting pattern”.

The vote is considered by observers an immediate response to the Monday remarks of United States Secretary of State Mike Pompeo that Israeli settlements in the West Bank are no longer inconsistent with international law.

Sponsored by North Korea, Egypt, Nicaragua, Zimbabwe and Palestine, Resolution A/C.3/74/L.58 the resolution urges an “end to the Israeli occupation” and calls for the preservation of the “territorial unity, contiguity and integrity of all of the Occupied Palestinian Territory, including East Jerusalem.”

Short Link : http://bit.ly/2rhARrN
Tags
Next News
UN Says It Will Continue to Follow Position that Israeli Settlements are in Breach of International Law
Previous News
Arab League to Hold Emergency Meeting over US Announcement on Israeli Settlements
Most Views
Related Posts