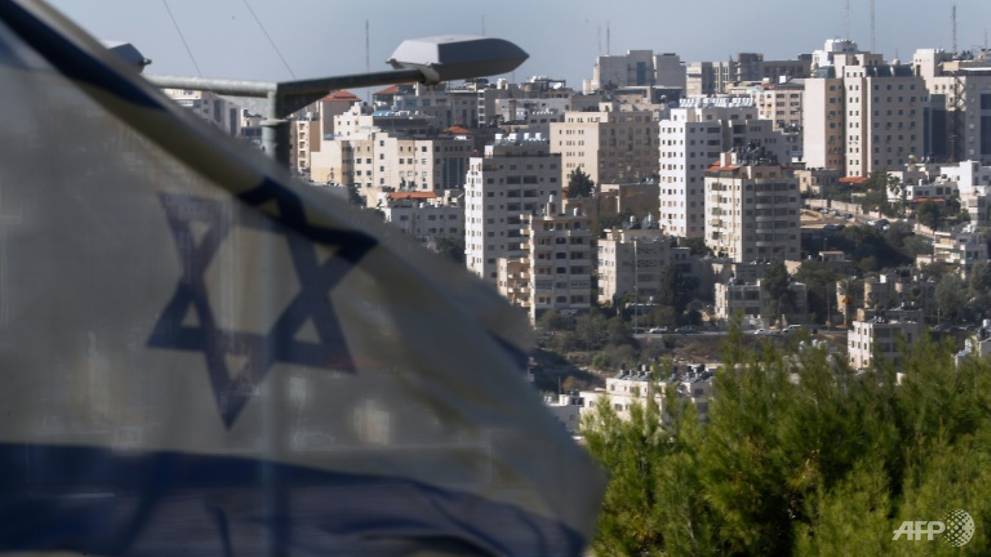 The Israeli settlement of Psagot shows a partial view of the Palestinian West Bank city of Ramallah. Credit: AFP

“A change in the policy position of one State does not modify existing international law, nor its interpretation by the International Court of Justice and the Security Council,” said Colville.

Responding to a journalist’s remarks over the much-awaited release of a database of companies operating in Israeli settlements, Colville said that the UN High Commissioner for Human Rights would release this database.

Asked to explain which key aspect of international humanitarian law and the Geneva Conventions Israel breached, Colville pointed out that the Fourth Geneva of 1949, one of the most ratified international treaties in existence, clearly prohibited the occupying power to transfer its civilian population into territories it occupied.

At the same time, the 2004 Advisory Opinion of the International Court of Justice had found that the Israeli settlements into Occupied Palestinian Territory, including in East Jerusalem, had been established in violation of international law.

The European Court of Justice had noted in the last week’s judgment that the settlements established in some of the territories occupied by the State of Israel gave concrete expression to a policy of population transfer conducted by that State outside of its territory, in violation of international humanitarian law.

The UN statements came in response to a Monday announcement by US Secretary of State Mike Pompeo who declared that the US no longer considers the Israeli settlements in the occupied Palestinian territories as inconsistent with international law.

The move sparked a wave of condemnations by international rights groups and Palestinian diplomats who said the announcement contravenes international law and UN resolutions.

Short Link : http://bit.ly/37m5f5b
Tags
Next News
EU Countries at UN Lash Out at US Shift on Israeli Settlements
Previous News
UN Votes in Favor of Palestinians Right of Self-Determination
Most Views
Related Posts