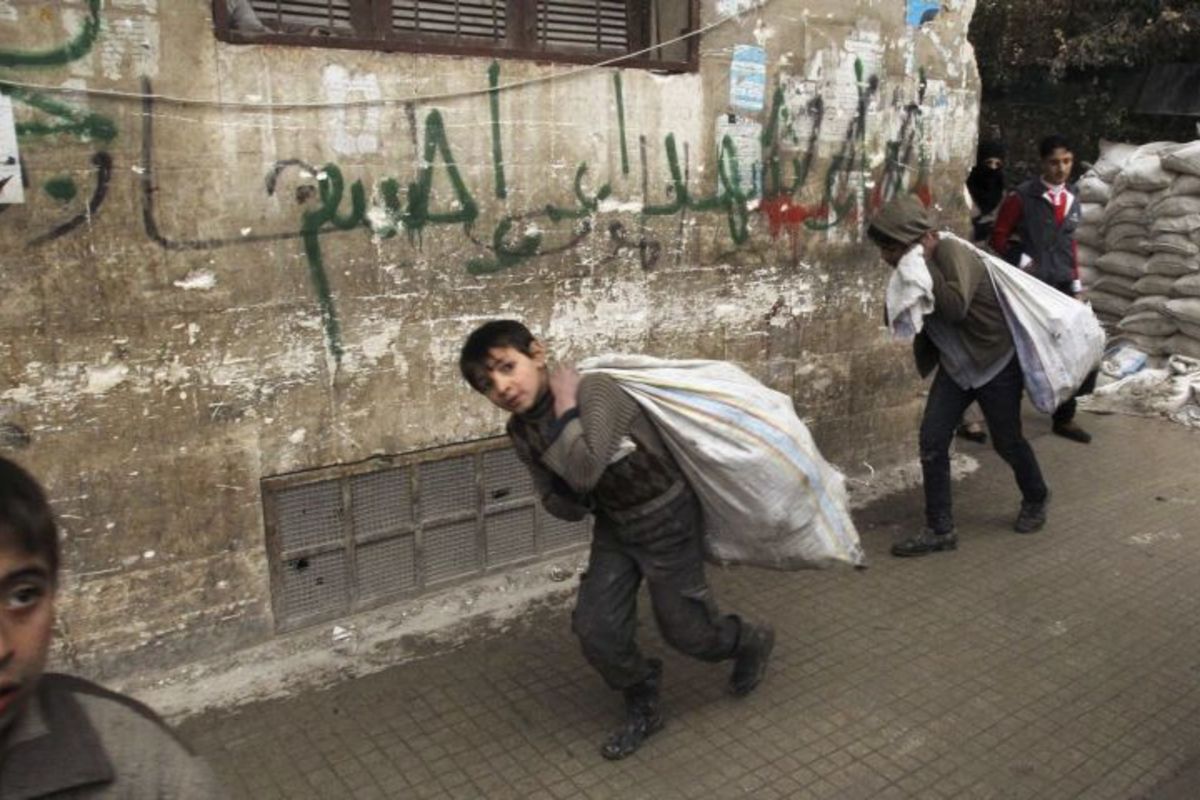 95% of Palestinian children from Syria have been prevented from accessing education facilities in Egypt, where they are treated as foreigners rather than legitimate asylum seekers, the London-based Action Group for Syria (AGPS) has said in a recent report.

“The Egyptian authorities continue to categorize the Palestinians of Syria as tourists and, thus, denying them the right to an unequivocal legal status. Refugees have been shorn of the right to legal stays in the country”, said AGPS.

The human rights monitor warned that Palestinian children from Syria have been denied easy access to education facilities in Egypt. The refugees receive basic and secondary school education at government-run schools after a formal consent is issued to that end by the Ministry of Social Affairs and Labor and the Ministry of Education.

“Unlike Syrian nationals, who have been exempted from paying education charges, Palestinian refugees are compelled to pay in dollars given their ‘tourist’ status”, the report read. “A number of Palestinian refugees from Syria said they have failed to enroll their children at government-run schools. The only option left is to have them join private schools, an alternative which far outlives their budgets.”

AGPS added that the fact that UNRWA has not opened up schools for Palestinian refugees in Egypt has added bad to worse.

Unofficial data estimates that 3,000 Palestinian refugees from Syria have sought asylum in Egypt, 500 among whom illegally entered the country through the Sudanese borders, added the group.