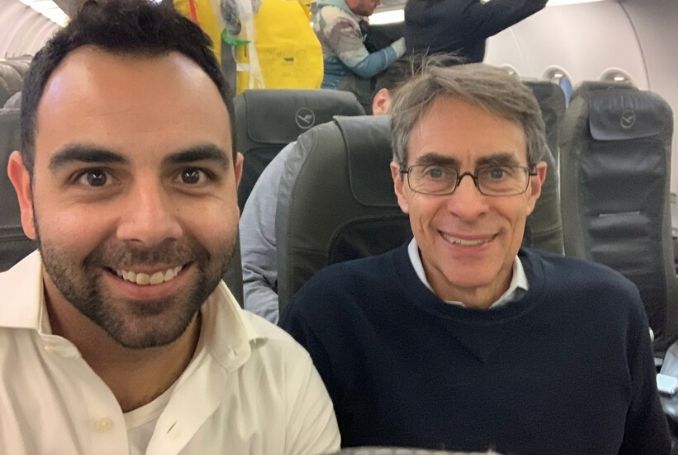 HRW official Omar Shakir has been deported over his alleged support for promoting BDS. (Photo: via Social Media)

The Ministry said that since its illegal occupation of Palestine in 1967, Israel has made use of a myriad of discriminatory and oppressive tactics against Palestinian civil society in an attempt to silence anti-occupation voices.

The Ministry added that over the past five years, the so-called Israeli Ministry of Strategic Affairs has stepped up its smear campaigns against Palestinian and International civil societies, in violation of Israel’s obligations under international humanitarian law and human rights law.

The Ministry stressed the vital role played by human rights organizations in the universal struggle for justice and for the rule of law in the Occupied Territory of the State of Palestine and worldwide.

It called on the international community to reject and condemn the deportation of HRW’s Shakir as well as the Israeli-led campaign of incitement, false accusations, and intimidation against human rights organizations and human rights defenders.

Israel revoked the work visa of Shakir, a United States citizen, in May 2018 on the alleged grounds that his advocacy violated a 2017 law that bars entry to people who advocate a boycott of Israel or its settlements in the occupied West Bank.

“Israel today joins the likes of Venezuela, Iran, and Egypt in barring Human Rights Watch researchers, but it, too, will not succeed in hiding its human rights abuses,” said Kenneth Roth, executive director of Human Rights Watch, who accompanied Shakir as he left Israel.

“This decision shows why the international community must reboot its approach to Israel’s deteriorating human rights record. A government that expels a leading human rights investigator is not likely to stop its systematic oppression of Palestinians under occupation without much greater international pressure”, added Roth.

“Neither Human Rights Watch nor Shakir as its representative has ever called for a boycott of Israel”, said HRW in a statement. “Human Rights Watch has urged businesses to stop operating in illegal settlements as part of their global duty to avoid complicity in human rights abuses – just as it calls on businesses to comply with this duty in many other countries.”