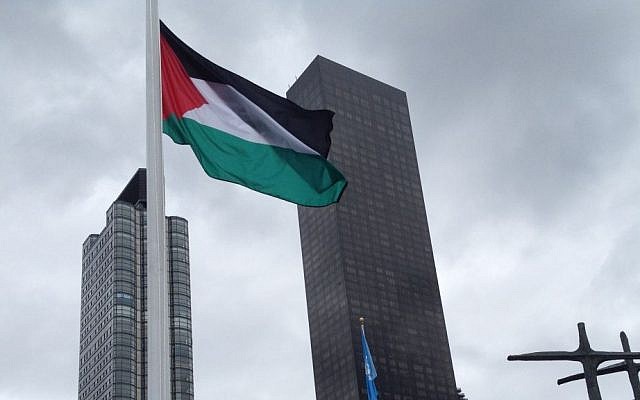 The Palestinian flag is raised outside UN Headquarters in New York during the 70th session of the UN General Assembly on September 30, 2015. Photo via: Times of Israel

Bande’s statements came as part of the Special Meeting in Observance of the International Day of Solidarity with the Palestinian People, organized by the Committee on the Exercise of the Inalienable Rights of the Palestinian People to mark the solidarity day, which is observed by the United Nations each year, as mandated by General Assembly resolutions 32/40 B of 2nd December 1977, 34/65 D of 12th December 1979.

“This is important, given that for over seven decades the question of Palestine has remained unresolved, it is civilians who suffer most from the violence, killings, incitements, demolitions, illegal settlement activities, and so on, said Bande.

“This meeting holds amidst the deteriorating political and security situation that continues to destabilize the Middle East”, stated the UN official. “This is no doubt fueled among other things, by ignoring the fact that Arab or Jewish, we are one, and our destinies are intricately linked. In true solidarity with the Palestinians, we must all pull together to implement the various resolutions on the Palestinian question.”

Bande said the Palestinian people face extremely complex humanitarian conditions, with 43 per cent of the population being refugees. Most citizens of Palestine have grown up in this untenable situation.

“The population in Gaza continues to endure extremely difficult living conditions and human rights violation. This must stop, as children and women are among the many casualties of these actions. Their need for food, water, energy, healthcare, education and the creation of decent jobs, is exacerbated by the need to repair and rebuild, as a result of recurring clashes, as well as insufficient resources and the decline in financial aid”, he further warned.

He called for urgent action to ensure that the critical humanitarian and socio-economic situation does not continue to spark anger and despair among the people, thereby provoking further rounds of escalation and violence.

He said UNRWA’s role should be strengthened to ensure that it can meet the humanitarian needs of over 5.4 million Palestinian refugees. “It is important that we collectively safeguard the Agency against the political and financial challenges it faces”, he said.

“We stand in solidarity with the Palestinians and with all peoples who are not treated with justice”, concluded Bande. 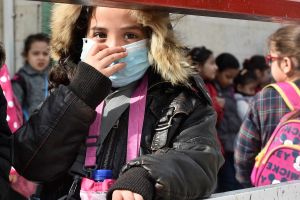 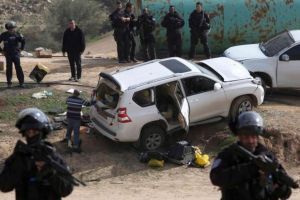 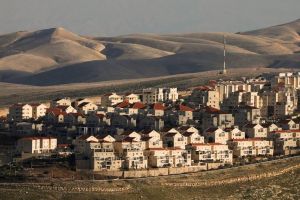 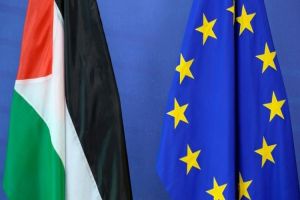