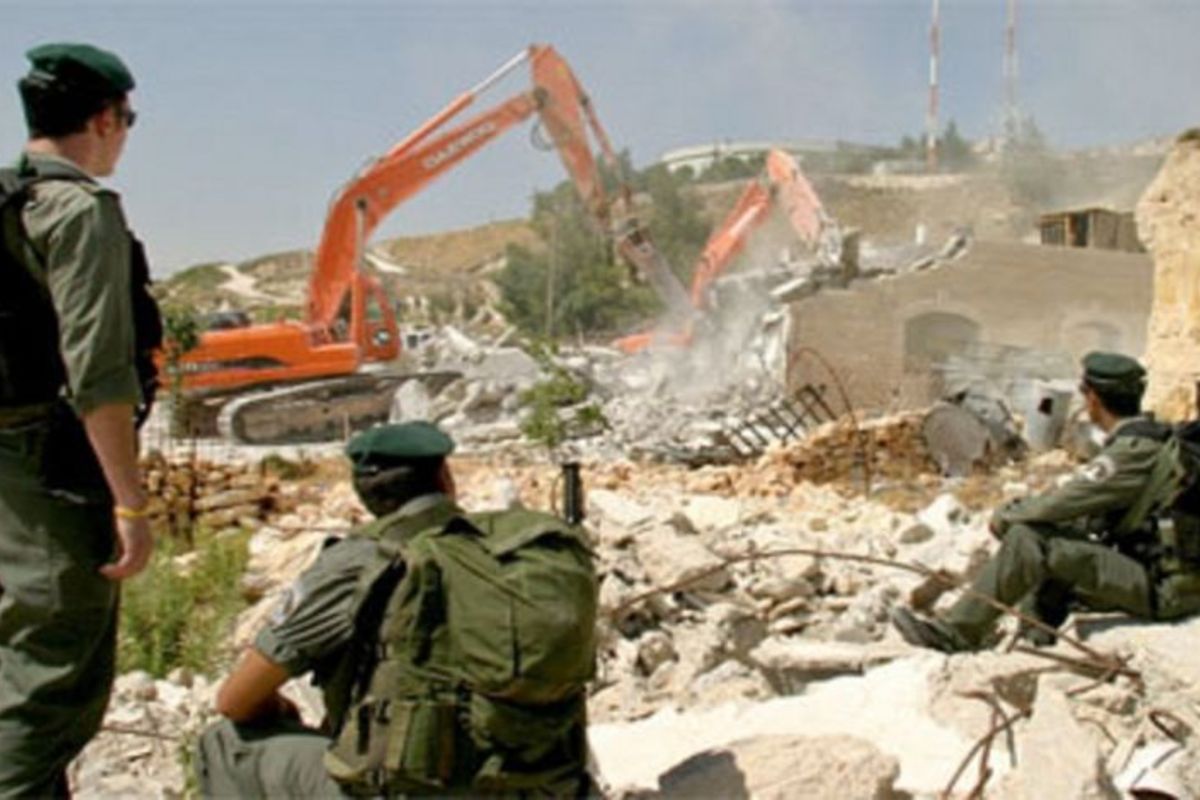 A Palestinian building demolished by Israel in occupied West Bank

The United Nations Office for the Coordination of Humanitarian Affairs (OCHA) said in its biweekly Protection of Civilians Report that the Israeli authorities demolished or seized 39 structures in the West Bank in the past couple of weeks, displacing 63 Palestinians, and otherwise affecting 380 others.

OCHA said the most severe incident occurred near Za’tara village, near Bethlehem, in an area designated as a firing zone for military training, where the occupation authorities demolished 13 structures, including Palestinian homes, animal shelters, water tanks, and solar panels.

The remaining structures demolished were in occupied Jerusalem, where on 23 November, Israeli forces confiscated equipment and tiles for renovating a road and side walk to connect Jabal al Baba community with nearby Al ‘Eizariya town, in Jerusalem.

The infrastructure was demolished by Israeli forces on 18 November, and since the construction of the road in August 2019, Israeli authorities have confiscated equipment twice.

“So far this year, nearly 800 Palestinians have been displaced in the West Bank as a result of demolitions, almost double the figure during the equivalent period in 2018,” the report said.

During the same period, the report added, illegal Israeli settlers carried out 12 attacks that resulted in the injury of 30 Palestinians, and caused damage to at least 100 olive trees and 48 vehicles.

Two of these attacks, as well as additional incidents of intimidation and confrontations, took place on November 22-23 in the Israeli-controlled area of Hebron city (H2), where thousands of settlers and other Israeli visitors attended a religious celebration.

The Office of the High Commissioner for Human Rights voiced concerns that in many cases, Israeli forces in the area “appeared to not take action to prevent the attacks or to protect the population”.