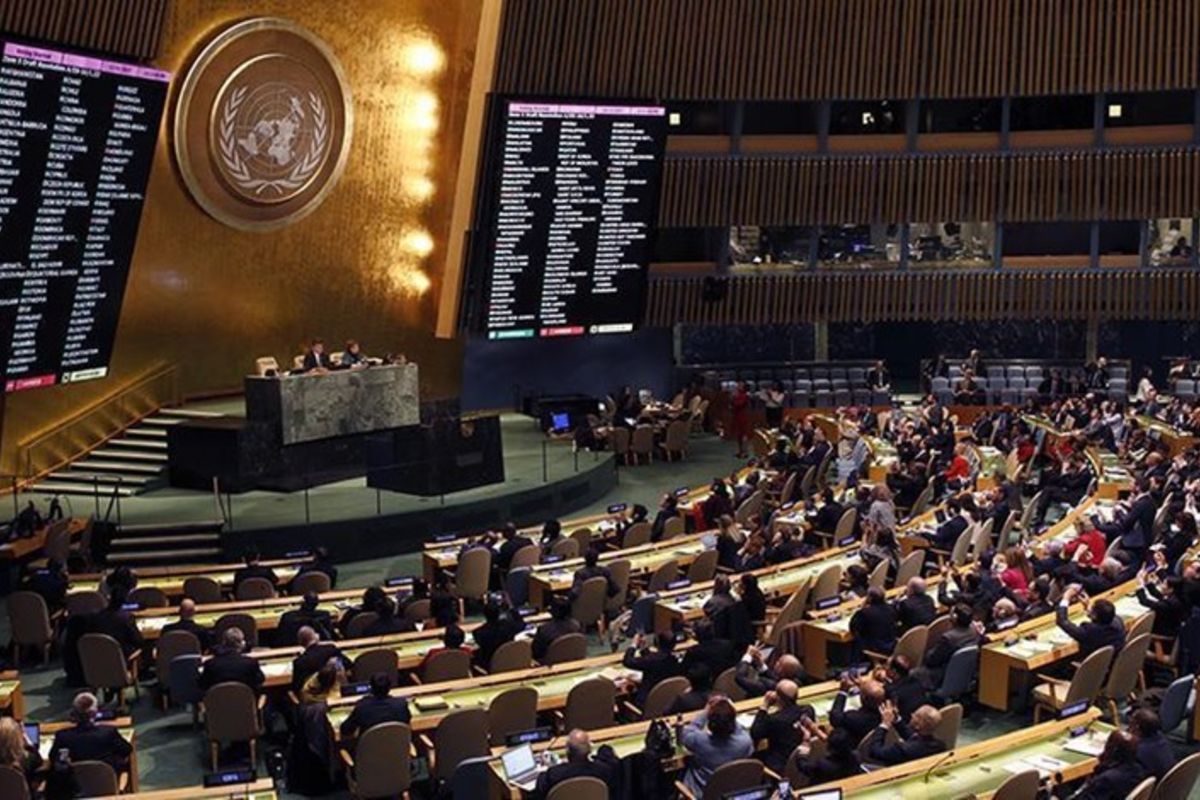 The United Nations General Assembly (UNGA) on Tuesday adopted five resolutions on the question of Palestine and the Middle East, including one calling on Member States not to recognize any changes to the pre-1967 borders.

As figures on the UN official website, through the terms of the text titled “Peaceful settlement of the question of Palestine” (document A/74/L.15) — adopted by a recorded vote of 147 in favor to 7 against (Australia, Canada, Israel, Marshall Islands, Federated States of Micronesia, Nauru, United States) with 13 abstentions — the Assembly called on Member States to ensure that agreements with Israel do not imply recognition of Israeli sovereignty over the territories it occupied in 1967.

The Assembly reiterated its call for the achievement of a just, lasting peace in the Middle East and an end to the Israeli occupation, while calling on Israel, the occupying Power, to comply strictly with international law, cease actions aimed at altering the demographic composition of the Territory, and immediately halt all settlement activities.

The Assembly also adopted by recorded vote three resolutions dealing with the United Nations system’s own provision of support to the Palestinian people. The first — titled “Committee on the Exercise of the Inalienable Rights of the Palestinian People” (document A/74/L.14) — requests the Committee to exert all efforts to promote the right to self-determination of Palestinians and to support the achievement of an end to Israeli occupation.

In the second of those texts titled “Division for Palestinian Rights of the Secretariat” (document A/74/L.16), the Assembly requests the Division to continue to monitor developments relevant to the question of Palestine.

After over 20 member states debated on the question of Palestine, the assembly voted on the four draft resolutions one by one. All documents were passed, two approved by an overwhelming majority.

Also as part of the same session, UNGA adopted a resolution titled “The Syrian Golan” (document A/74/L.9) by a recorded vote of 91 in favor to 9 against (Australia, Brazil, Canada, Israel, Marshall Islands, Federated States of Micronesia, Palau, United Kingdom, United States) with 65 abstentions.

The Assembly declared that the Israeli decision to impose its laws, jurisdiction and administration on the occupied Syrian Golan is null and void and demanded that Israel withdraw from the territory. 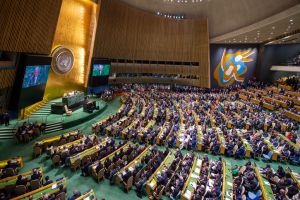